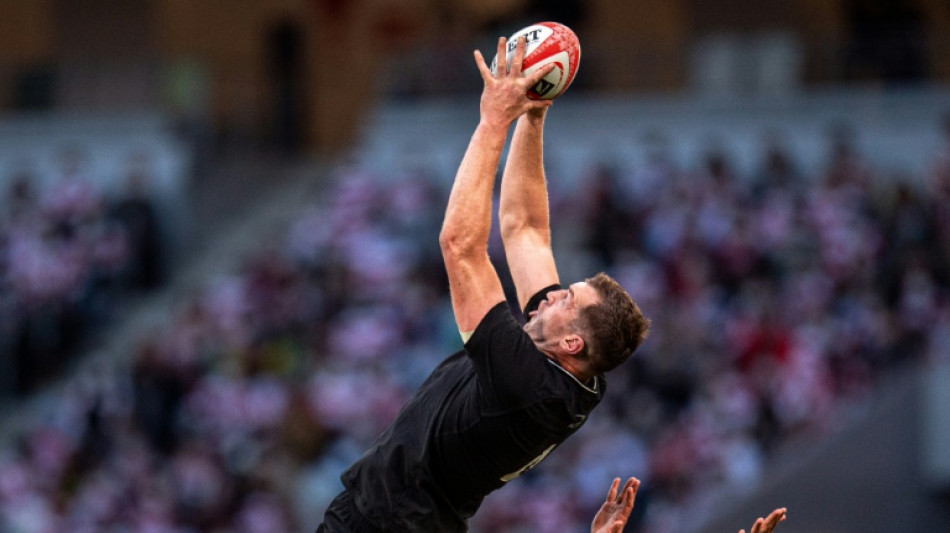 New Zealand lock Brodie Retallick is set to win his 100th cap after being named in the All Blacks' starting XV to play England at Twickenham on Saturday.

Retallick was banned for two weeks for dangerous play during the All Blacks' 38-31 win over Japan in Tokyo last month after being sent of for charging into a ruck and missed New Zealand's recent wins over Wales and Scotland.

The 31-year-old will become the 12th All Black to reach the milestone and just the second lock alongside captain Samuel Whitelock.

Retallick and Whitelock will also set a new world record of 64 Test starts together, with the previous best of 63 held by South Africa second rows Bakkies Botha and Victor Matfield.

With Retallick returning from suspension, Scott Barrett has moved to the blindside flanker role.

There are positional changes to the back division that helped the All Blacks avoid a first defeat by Scotland with a 31-23 win at Murrayfield last weekend.

Beauden Barrett starts at full-back, with brother Jordie moving from the No 15 shirt to partner Riekko Ioane in the centres.

Aaron Smith returns at scrum-half, with Richie Mo'unga at fly-half.

Saturday's match will be the first time the teams have met since England's 19-7 World Cup semi-final win over New Zealand in Yokohama three years ago.