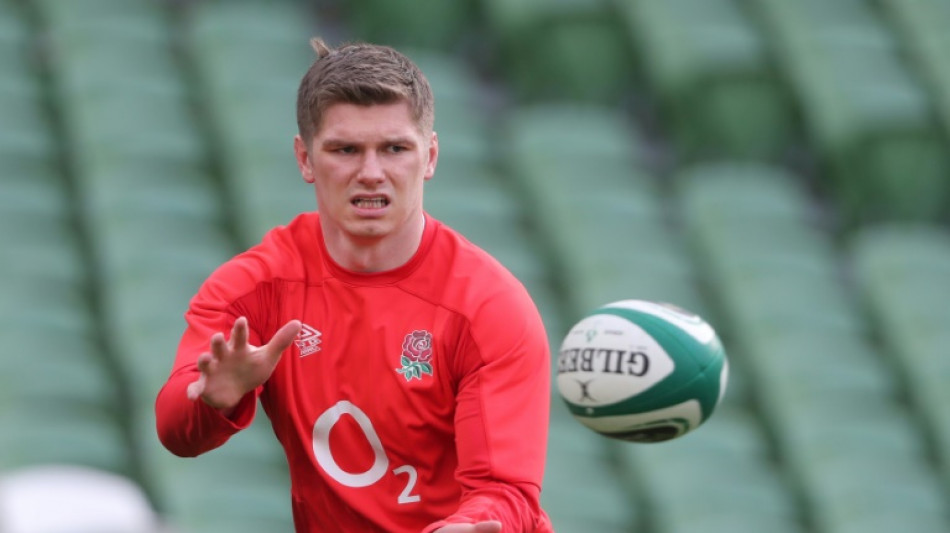 Owen Farrell will become only the third player to win a hundred caps for England when he leads out the team against New Zealand at Twickenham on Saturday.

England captain Farrell, who will start at inside centre having previously lined-up at fly-half, joins scrum-half Ben Youngs -- who is on the bench -- and retired prop Jason Leonard in reaching the landmark.

England coach Eddie Jones, asked what made Farrell such a good player, told reporters after naming his side on Thursday: "Just his competitive spirit. If you look at his record, he's the third highest point-scorer in the history of the game.

"A hundred caps won, multiple titles with his club Saracens, he has won everything with England apart from the World Cup."

The veteran Australian coach added: "Whatever team he plays in, he makes better. He's a tough and uncompromising player who plays close to his best nearly every game I've seen him play."

The 31-year-old Farrell leads a starting line-up that has seen Jones take the unusual step of naming two No 8s, Sam Simmonds and Billy Vunipola in his back-row for this weekend's Autumn Nations Series encounter.

Jones's hope is this will give the team greater ball-carrying options.

Simmonds and Vunipola were first paired together towards the end of last Saturday's 52-13 rout of over Japan.

Both players are specialist No 8s but Simmonds has been named at blindside flanker for this weekend's clash against the All Blacks.

"It's a bit horses for courses against New Zealand," said Jones.

"Traditionally if you look at the history of the game, New Zealand's strength is their back row.

As for starting Jack van Poortvliet instead of the vastly more experienced Youngs against the All Blacks, Jones said: "He's been coming along nicely in this series and he's ready to start now.

Saturday's match will be the first time the teams have met since England's 19-7 win over New Zealand in a 2019 World Cup semi-final in Yokohama.

New Zealand struggled to overcome Scotland 31-23 in Edinburgh last weekend but former Wallabies boss Jones said: "I've coached against New Zealand since 2000, I think, and they never lack motivation, particularly against England, who we know they probably don't like a great deal.

"So I'm sure they'll be highly motivated."