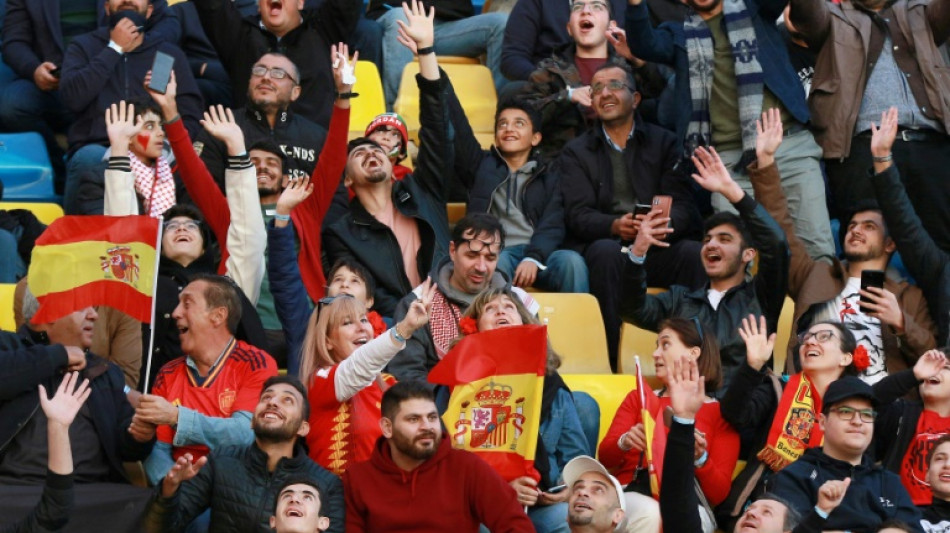 Ansu Fati scored his first Spain goal for over two years as Luis Enrique's side beat Jordan 3-1 on Thursday in a World Cup warm-up friendly in Amman.

The Barcelona forward, 20, has suffered from injury problems for most of that time but immediately repaid his coach's decision to include him with a convincing display.

Fati and Marco Asensio, two of the players whose inclusion in the World Cup squad was questioned in some quarters, combined for the opener in the 13th minute.

Real Madrid forward Asensio drove forward and fed Fati, who fired home from inside the area, for his second Spain goal in five appearances.

Another Barcelona youngster, Gavi, doubled dominant Spain's lead early in the second half with a cool finish, stroking home when the ball broke to him in the box.

Substitute Nico Williams fired a third home late on for his first international goal on his third appearance for La Roja.

Jordan pulled a goal back to delight their fans in stoppage time, with Hamza Al Daradreh beating Cesar Azpilicueta to score.

Spain appeared to avoid any further injury issues in the match, after left-back Jose Gaya suffered an ankle sprain in training on Wednesday night, although it is not believed to be serious.

Luis Enrique's side, who arrive in Qatar in the early hours of Friday morning, face Costa Rica in their first Group E game on November 23, before playing Germany and Japan.