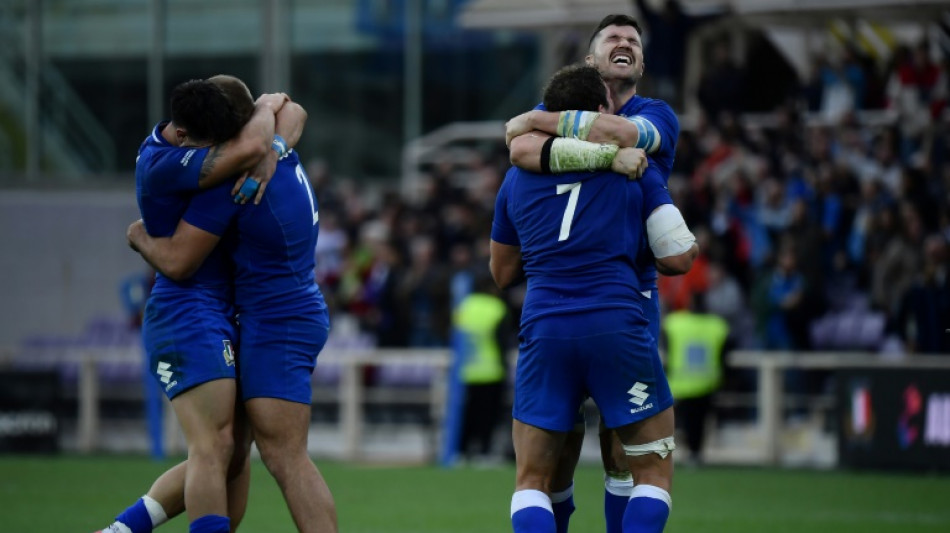 Resurgent Italy host sliding South Africa in Genoa on Saturday as the nation in form and with coach Kieran Crowley insisting the Azzurri have a chance against the World Champions.

After Italy beat Australia last weekend Crowley said his team wants "to get credibility and respect".

They have South African attention.

"They are a good team and they've had good wins this year, so we have to make sure we pitch up with the right mindset," said veteran loose forward Kwagga Smith who will be on the South African bench.

After a record 32 consecutive internationals losses, Italy have won five out of their last six. That run might include wins over Romania and Portugal and a loss to Georgia but it started with a first victory over Wales in Cardiff and includes another statement result, a first victory over Australia anywhere, by a point in Florence last Saturday.

"We achieved a historic result against Australia, but we are not satisfied," said Crowley, as he named his team. "The following day the focus was immediately shifted to South Africa."

The Springboks are in one their habitual mini-crises. They have narrowly lost the first two matches on their autumn European visit, to two top-ranked teams Ireland and France, while director of rugby Rassie Erasmus has been banned, once more, for blaming referees.

Crowley, a 1987 World Cup winner with the All Blacks, can dream against the world champions.

"It will be a very intense match from a physical point of view," he said. "We continue on this path proving to be competitive in every game."

He was echoing a theme from his post-match press conference after beating Australia.

"Our biggest focus has been that we had to create an identity, we had to get credibility and respect and you only get that by the way you play," Crowley said in Florence.

Crowley has made two changes in the front row bringing in prop Pietro Ceccarelli and hooker Giacomo Nicotera.

Italy have beaten South Africa before, in November 2016, although only Tommaso Allan, who started on the bench that day, and Edoardo Padovani, on the bench this time, survive.

"They defeated Wales away in the Six Nations and tested Scotland as well, so we are under no illusions as to the challenge that lies ahead," said South Africa coach Jacques Nienaber.

"Italy have shown before what a force they can be at home by defeating the Boks 20-18 in Florence, and they will draw confidence from that as well."

South Africa will field five survivors of that defeat, although they have lost two others this week. Lock Lood de Jager has returned home injured and the 2019 world player of the year Pieter-Steph du Toit is banned for three games after his red card against France

"Their forwards are physical, they have a skillful backline and a good defensive system, and they play with a lot of confidence," said Nienaber.

Jasper Wiese returns from concussion to start at number 8. Locks Salmaan Moerat and Marin Orie come in as Franco Moster moves to flanker in place of du Toit. Andre Esterhuizen starts at inside centre.

"We believe we are on the right track after coming close against Ireland and France, and if we can produce a strong showing up front and be a little more accurate in our execution, we know we can turn things around on tour," said Nienaber.