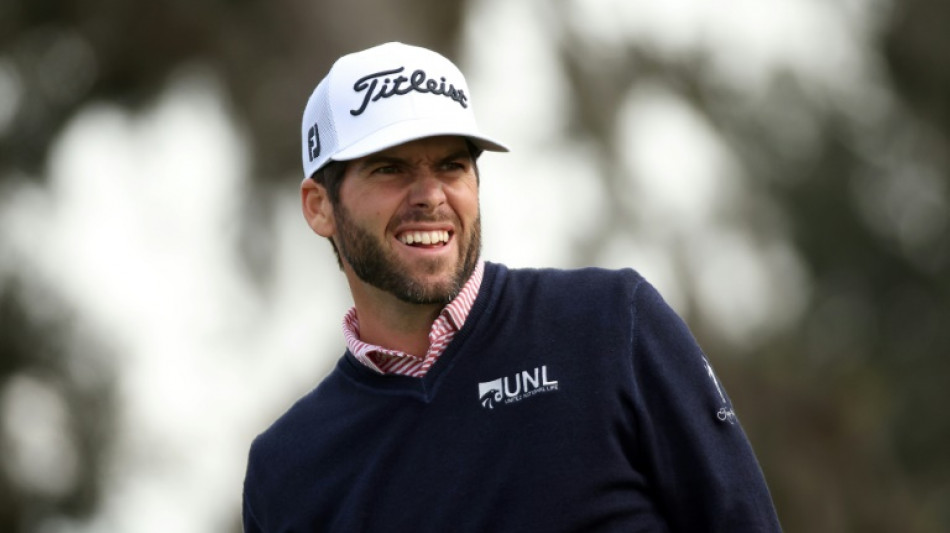 Ben Martin, chasing his first PGA title since 2014, and fellow American Patrick Rodgers, seeking his first tour victory, shared the lead after Saturday's third round of the RSM Classic.

Rodgers reeled off four birdies in a row on the back nine on his way to a six-under par 64 at Sea Island Golf Club on St. Simons Island, Georgia.

"It was a great day out there," said Rodgers. "I'm just excited to put some good rounds together and it was nice to get on a roll there on the back nine."

"It was just the way you want to draw up a golf round," Martin said. "I was hitting my targets off the tee, giving myself plenty of opportunities on the greens and seeing a few putts go in."

Canada's Adam Svensson, a back-nine starter, birdied six of his last eight holes to fire a 62 and share third on 199 with Americans Andrew Putnam and Sahith Theegala.

Players competed for two rounds on the par-72 Plantation course and par-70 Seaside course, with the last 36 holes over the Seaside layout.

World number 372 Martin, whose only PGA triumph came in 2014 at Las Vegas, birdied the fourth, par-3 sixth and par-5 seventh from between seven and 10 feet.

Martin dropped his approach to three feet to set up a birdie at 10, sank a 14-foot birdie putt at 14 and drove the green at the par-5 15th to set up a tap-in birdie but lost the lead after he came up short of the green from the fairway at 18.

"I would have loved to have kept a clean card there," Martin said. "It was a good Saturday. I'm just excited to be in the mix on Sunday."

World number 169 Rodgers, in his eighth PGA campaign, has had three career-best runner-up finishes, the most recent at Sea Island in 2018.

After a bogey at the second, he birdied the fourth and fifth, closed the front nine with another and made four in a row starting with a 22-foot birdie putt at 13 and capped by a 30-footer at the 16th.

"It's always nice when you see the hard work pay off," Rodgers said.

Harman, who shot 64, could be the host resort's first resident to win the title.

"There's a lot of talent on this island and one of us is going to win this tournament sooner or later," Harman said. "Excited to get after it tomorrow."

American Wyndham Clark reeled off a career PGA-best six consecutive birdies to close the front nine on his way to a 66 to stand on 202.