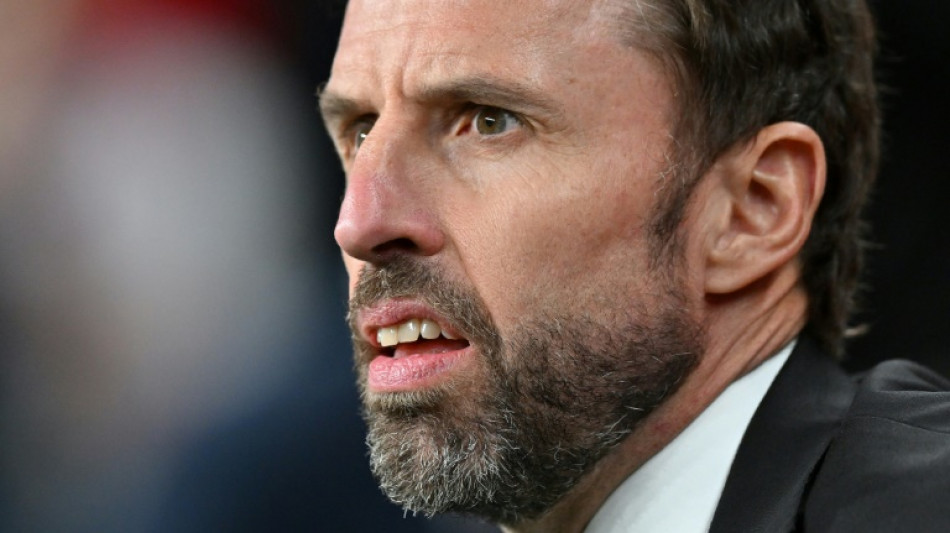 England kick off their World Cup campaign against Iran on Monday desperate to take the final step after twice falling just short of winning the country's first major trophy in more than half a century.

Gareth Southgate's players will be relieved to finally focus on football after spending much of the build-up to the tournament mired in the ceaseless controversies surrounding host nation Qatar.

Finding themselves thrown into the role of spokesmen on social issues ranging from the deaths of migrant workers during World Cup construction to the criminalisation of homosexuality in Qatar, the England squad have handled themselves impeccably.

But now they have to transfer that poise under pressure to the pitch, where they start their three Group B fixtures established as one of the leading contenders.

That lofty status is a stark contrast to six years ago, when Southgate took charge with England at a low ebb after a series of humiliations on and off the pitch.

A woeful Euro 2016 exit against Iceland brought a suitably depressing end to Roy Hodgson's England reign, while his successor, Sam Allardyce, lasted only 67 days and one match before being forced out after a newspaper sting.

Southgate set about rebuilding the team and has gradually restored them to the upper echelons of the international game.

A surprise run to the 2018 World Cup semi-finals in Russia gave the manager credibility among previously sceptical players and fans.

And he followed that impressive achievement by leading England to their first major final for 55 years at last year's European Championship.

But while Southgate has made England a team to be feared again, he has yet to deliver the silverware his football-obsessed country has craved since Bobby Moore lifted the World Cup in 1966.

The World Cup run four years ago ended in a 2-1 defeat to Croatia after England squandered the lead, while Italy recovered from Luke Shaw's early goal to beat Southgate's men on penalties in the Euro final at a shell-shocked Wembley.

Not only did England lose when the stakes were highest, but in both matches they retreated into their shell with a conservative game-plan that left Southgate open to criticism.

The England boss, hailed as a fashion icon for donning a debonair waistcoat at the last World Cup, will be eager to end suspicions that he cannot handle pressure when it is at its most intense.

Unable to dispel accusations that his cautious approach prevents players from fully expressing themselves, Southgate has conceded there are lessons to learn from England's failures.

However, there were few signs of any tactical growth from the 52-year-old as England laboured through a dismal Nations League campaign prior to the World Cup.

Having failed to win any of their past six matches, England arrived in Qatar on their worst run of form since 1993.

With tougher matches against the United States and Wales looming in Group B, England cannot afford a slow start against minnows Iran at the Khalifa International Stadium.

Significantly, Southgate still retains the faith of his players and Tottenham defender Eric Dier was quick to back his boss on Saturday.

"I think it's crazy talk. People's perceptions change so quickly," Dier said, when asked about criticism of the coach.

"We've got to remember what England were doing before. He's taken England to the semi-finals of the World Cup and the final of the Euros. We are talking about small margins that changed those results.

"It's just the world we live in. But for him to come under criticism is crazy after a small run of results, considering how England have performed. He's at the forefront of that.

"You have got to keep things in perspective. I know it's difficult nowadays because it's all now, now, now. But look at where we were in Euro 2016 and before that compared to where we are now."