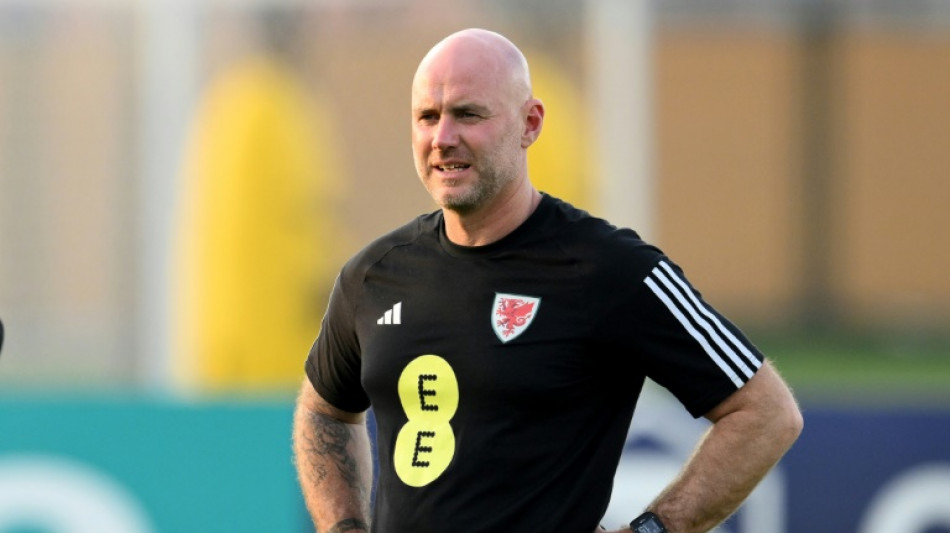 Rob Page will become the first man to lead Wales at a World Cup since 1958 on Monday -- when his side take on the United States -- after a remarkable rise from the lower tiers of English league football.

A rugged centre-back in his playing days, Page played for a clutch of clubs including Watford, Sheffield United and Cardiff but only spent one season in the Premier League.

His managerial career also had a humble start, first with League One side Port Vale, then with Northampton, also in the third tier of English football.

Page started on the pathway towards becoming Wales manager when he took over the under-17s, under-19s and under-21s in 2017.

He was promoted to assistant manager under Ryan Giggs in 2019 before becoming caretaker boss the following year after Giggs was arrested on suspicion of assaulting his then girlfriend.

As the legal process dragged on, Page was given the chance to lead Wales at last year's delayed Euro 2020.

Former Manchester United and Wales star Giggs eventually resigned from his role earlier this year. He will face a re-trial on domestic violence charges after a jury failed to reach a verdict in August.

Matching a remarkable run to the semi-finals of Euro 2016 was always going to be a difficult task for Wales, a nation of just three million people.

But they again surpassed expectations by qualifying from the group stage before a 4-0 demolition by an inspired Denmark in the last 16.

Like his predecessors Page, who won 41 caps for Wales, has had to rely on moments of brilliance from Gareth Bale to reach heights as a coach he never managed as a player.

Prior to Euro 2016, Wales' last major tournament was in 1958, when they reached the World Cup quarter-finals.

Now they have reached consecutive major tournaments for the first time in their history.

Former Real Madrid star Bale was again the hero with two goals in the play-off semi-final victory over Austria and a deflected winner to see off Ukraine in June's final.

But the ability of the 33-year-old to continue rising to the occasion for his country despite limited playing time at club level is also down to clever management.

"I pull in each of the senior players –- Wayne Hennessey, Joe Allen, Aaron Ramsey, Gareth, all of the players who might need a little bit more care –- and just see where they're at," Page told FourFourTwo magazine. "I show them that respect.

"I have five minutes with them and check what they need to get them out there. I'll work backwards -- if the game is on Saturday, tell me what you need and we'll factor that into training."

The results speak for themselves and Page was rewarded with a four-year contract in September to take him through to the next World Cup, in 2026.

"He's done an incredible job coming in in difficult circumstances," said Bale. "Everyone has a great relationship with him.

"We have that good mixture where we can have a bit of fun but when we need to work, we work hard.

"I guess that's why you achieve big things when your team is happy and your manager is doing well."

Just getting to football's biggest stage is not enough for Page. "We're not just going out there to make the numbers up," he said.

Clashes with the USA and Iran in their first two games give Wales reason to dream again. Beating England in their final Group B match would make Page's men national heroes forever.