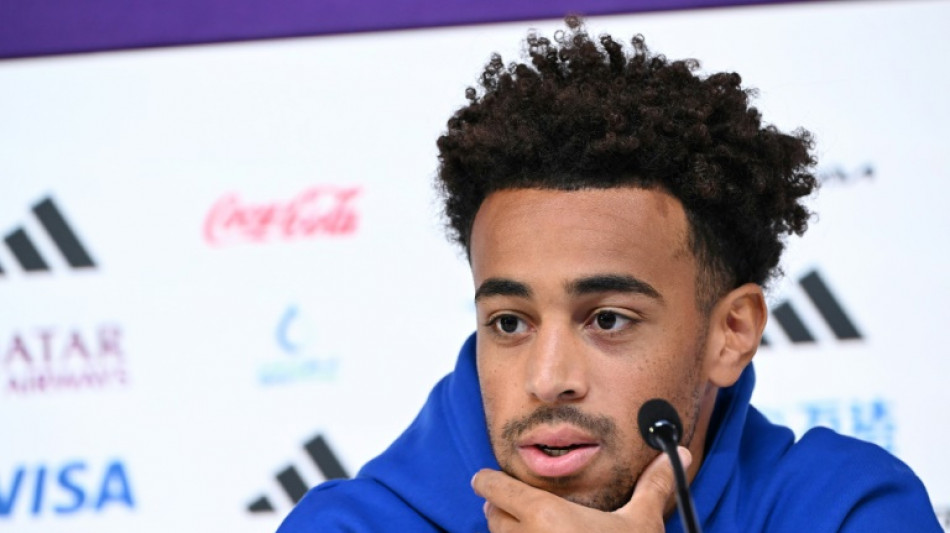 US coach Gregg Berhalter named Tyler Adams as his World Cup captain on Sunday as the team braced for a physical Group B battle with Wales.

Berhalter has shied away from naming a permanent skipper since he took charge of his first match in 2019, opting instead to rotate the armband between a "leadership council" of senior players.

But the US coach said Sunday that Leeds United midfielder Adams had emerged as the popular choice to lead the Americans in Qatar, where they face Wales, England and Iran in the first round.

"He's got great leadership capabilities, he leads by his actions and his words," Berhalter said.

"Tyler's just a guy that is mature beyond his years and you notice that as soon as you start talking to him. The team-mates know exactly what they're going to get from him. They know he's going to go out on the field and compete."

Adams, who has impressed in the Premier League for Leeds this season after spending three years with RB Leipzig in the Bundesliga, plans to lead by example in Qatar.

"I'm very competitive and try to hold the people around me to the same standard. I don't want to lose and have to point the finger and say 'You let me down today'," Adams, 23, said.

"I want to make sure everyone is on the same page intensity-wise, no frustration. I think I've been doing that since a young age."

The USA are hoping to make a fast start against a Welsh team playing in the World Cup for the first time since 1958.

Although Wales captain Gareth Bale has been pinpointed by various US players this week as the dangerman, Adams said he has also briefed team-mates about the threat of 6 feet 5 inches (1.96 metre) Bournemouth striker Kieffer Moore.

Adams has already had first-hand experience of Moore's physicality in Leeds' recent 4-3 rollercoaster win over Bournemouth.

"He's a big threat, we figured that out playing against Bournemouth this year," Adams said.

"He provides a completely different game plan to any team that you put him into.

"He's amazing in the air but he's probably very underrated for his technical ability and finishing around the goal. For our centre-backs I've already had a word with them.

"We talked about it in our scouting meeting, you've got to have a body on him at all times, he’s a problem. Being physical and trying to win the ball off him. It'll be a tough one but we have to stop him.