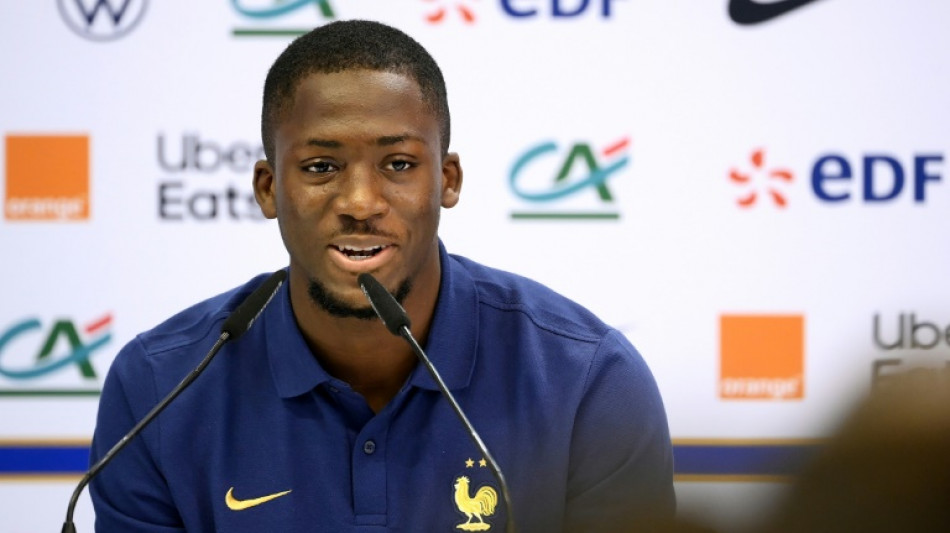 Defender Ibrahima Konate admitted Sunday that the France squad were tucked up in bed when news broke during the night that Karim Benzema had been forced to pull out of the World Cup with a thigh injury and so only found out in the morning.

It was after 1:00 am on Sunday in Doha when the French Football Federation confirmed that Ballon d'Or winner Benzema would not play at the World Cup because of a left thigh injury suffered in training on Saturday evening.

Losing the Real Madrid star before their opening game against Australia on Tuesday is the latest blow for a French squad already deprived of several other key players including midfield duo Paul Pogba and N'Golo Kante.

"I didn't see him come off in training. He had to go for a few tests. It was a bit late so we had all gone to bed. We only heard the news in the morning," Liverpool centre-back Konate, 23, told reporters in Doha before France trained again on Sunday evening.

"It hurt us and it's a big blow for the team but it does not change our objective. It is one of those things that happens in football.

"If we linger over these things it won't help us but I am sad and sorry for the injured players," said the imposing Konate, who has been capped just twice.

Midfielder Eduardo Camavinga, who is a club colleague of Benzema at Real Madrid, said the squad did not even get the chance to speak to the striker following his withdrawal.

"We didn't see him this morning because he left very early but he sent me a message," said the Angolan-born Camavinga, who only turned 20 earlier this month.

"He was annoyed to not be able to play in this competition but we are going to fight for all those who are missing. We have so many great players in the squad and there are other leaders."

Benzema had been desperate to feature in Qatar having not been involved when France won the World Cup in Russia four years ago.

Coach Didier Deschamps has opted not to call up a replacement for the 34-year-old and France still have fearsome quality in their squad, particularly in an attack led by Kylian Mbappe.

"I am not paying attention to what the others are saying but if they think we are a less frightening prospect without Karim then that's their problem, not ours," added Camavinga.