United Denmark dreaming of 'something big' at World Cup 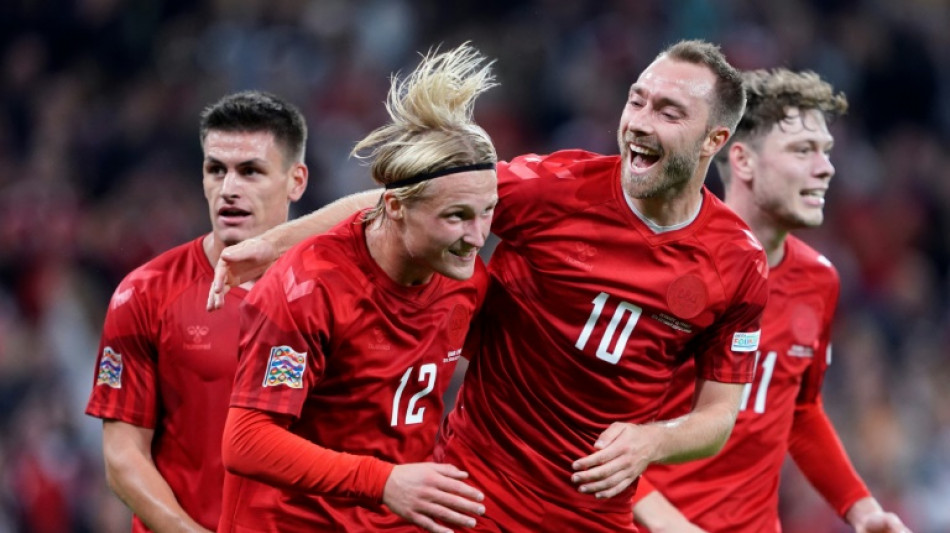 Denmark have high hopes of continuing their feel-good story at a fraught World Cup as a fancied team whose bond has been strengthened in the face of near tragedy.

Barring a last-minute injury Christian Eriksen will start the Danes' Group D opener against Tunisia, completing a remarkable comeback from nearly dying on the pitch to once again being the star man of a team who are tipped to go far in Qatar.

"I'm just happy to be back. Like everyone knows it's special to play in the World Cup. I've been lucky to have played at one or two before but it stays special," Eriksen told reporters on Saturday.

"How far are we gonna go? I think we're dreaming of something big but in the end we have to get there so we'll take it one game at a time."

The experience of seeing their teammate collapse in their first European Championship group match with Finland last year brought an already tight-knit group of players closer together and powered their charge to the semi-finals.

Denmark took that form into 2022, winning all but one of their World Cup qualifiers and beating group rivals France twice in the Nations League.

"A lot of things happened in 2021, not just the Euros," said coach Kasper Hjulmand in a recent interview with World Soccer.

"We played 18 matches, we gained the love and respect of our nation, we progressed the way we play, we enjoyed a very good World Cup qualification and the Euros were a roller coaster."

Denmark have been pushed along by a wave of passionate support from their 'Roligan' supporters and sympathy from outsiders, touched by the team spirit and determination shown by a group of gifted players who went through a traumatic experience.

Key figures in the set-up like captain Simon Kjaer, Kasper Schmeichel and Hjulmand earned respect for the way they carried themselves for the national team as Eriksen slowly worked his way back to top form for club and country.

They are a flexible team with a solid back line led by Kjaer and creativity through Atalanta wing-back Joakim Maehle -- Denmark's joint top scorer in qualifying -- and of course Eriksen.

"The quality has always been there, I think it's the belief that has changed in the national team in general but also from the fans," Eriksen said.

Their key weakness is the lack of a prolific goalscorer up front, but nonetheless Denmark should easily get out of a group which also contains Australia.

However finishing ahead of holders France, recently deprived of star striker Karim Benzema, could also be crucial as the group runners-up will likely face Argentina in the last 16.