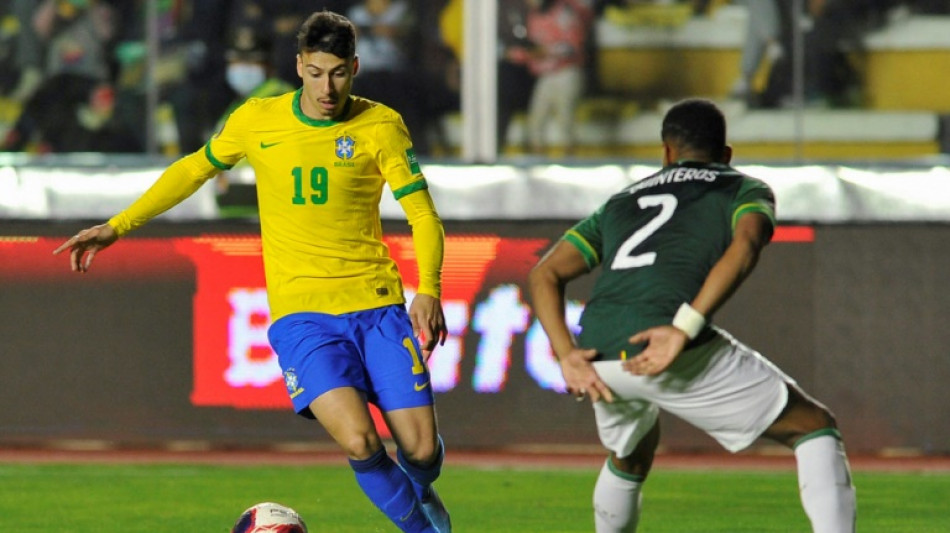 Gabriel Martinelli insisted on Sunday that he deserves his surprise call-up to Brazil's World Cup squad despite many doubters back home.

The 21-year-old Arsenal star only made his debut for the South American giants as a substitute against Chile in March but he impressed coach Tite in two more short cameos since to make the tournament squad ahead of the likes of Liverpool's Robert Firmino.

Whilst that would not have been a surprise to Gunners fans that have marvelled at his early season form -- five goals and two assists in 14 Premier League matches -- it took many aback in his homeland.

A video even began circulating on social media purporting to show Brazil's talisman Neymar reacting with surprise to Martinelli's inclusion when the squad was announced.

"I hope it was a good surprise. Neymar is a hero of mine, he's a guy all the youngsters look up to and I'm no different," said Martinelli.

"It's a pleasure to be here playing with him."

While Neymar's reaction could be interpreted in different ways, the surprise amongst fans and media in Brazil was more blunt.

It has been water off a duck's back to Martinelli, though.

"My season is going well, we (Arsenal) are on the top of the Premier League, we are doing well there, and I am confident," he said.

"I just have to focus on football, listen to my family and the people close to me. That's what's most important to me."

Brazil may be the favourites for their opening game against Serbia on Thursday but fans and media alike are worried about their opponents' attacking threats, particularly Fulham's Aleksandar Mitrovic and Dusan Vlahovic of Juventus.

Mitrovic has scored nine goals in 12 games for a mid-table team this season, while Vlahovic has six in 10 Serie A matches.

"They're great players, they're strong, they have a lot of quality and obviously we are studying our opponents a lot and we're preparing for everything," said Real Madrid defender Militao.

"We have to be very careful with these players. In the World Cup, whoever makes the fewest mistakes ends up victorious."

Martinelli has seen Mitrovic up close this season as the Serbian forward scored against the Gunners before the North Londoners came from behind to snatch a late victory against Fulham in August.

"He is a big guy, we know he has a lot of qualities and he is good as well," said Martinelli.

"We have to take care of him, but not just him, they have a very good team as well."