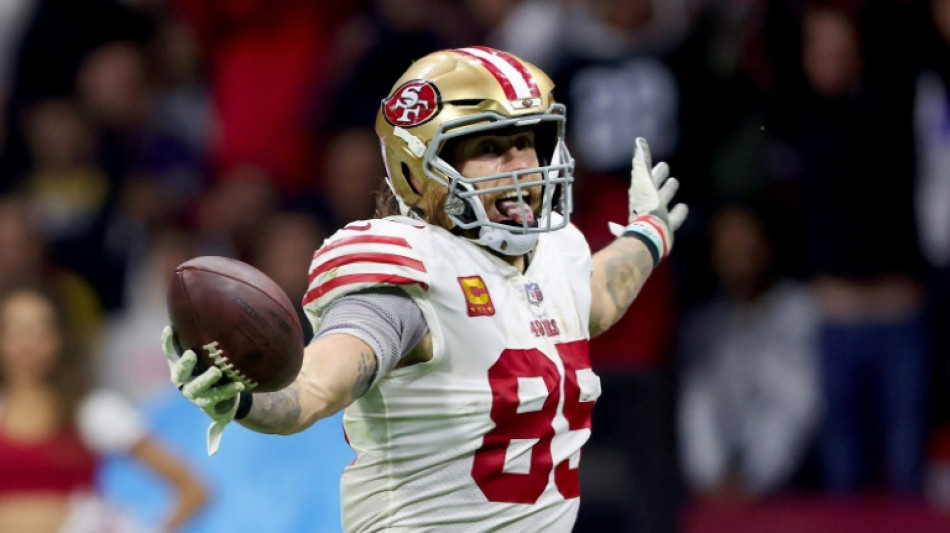 Jimmy Garoppolo threw for four touchdowns without an interception on Monday to lead the San Francisco 49ers to a 38-10 NFL victory over the Arizona Cardinals at Mexico's iconic Estadio Azteca.

Garoppolo said the 49ers fed off the energy of the crowd in the last of the league's five international games this season.

A rainy night in Mexico City didn't dampen the enthusiasm of 78,427 fans, the overwhelming majority of whom were pro-San Francisco.

"It was electric," Garoppolo said. "We were feeding off that."

Garoppolo completed 20 of 29 passes for 228 yards and four touchdowns without an interception as the 49ers improved to 6-4.

They top the NFC West and are 4-0 against division rivals.

Garoppolo connected with George Kittle and Brandon Aiyuk for two touchdowns and Deebo Samuel rushed for another.

"All the receivers stepped up, the O-line played great," Garoppolo said of the dominant offensive performance. "It was a clean pocket all night, and when it's like that it makes for a fun night."

Arizona quarterback Colt McCoy, playing in place of injured starter Kyler Murray, was sacked to end the first half and roughed up in the second.

San Francisco defender Nick Bosa accidentally stepped on his hand and after a late hit was penalized for roughing the passer.

McCoy connected on 24 of 34 passes for 218 yards and an interception. The Cardinals' lone touchdown was James Conner's two-yard run in the second quarter that pulled Arizona within 14-10.

The game was the fifth NFL contest at Azteca, which has played host to two World Cup finals.

The first was the first international regular-season game in league history in 2005, when the Cardinals beat the 49ers 31-14 in front of 103,467 fans.

The venue's seating capacity for NFL games has since been reduced, but the festive atmosphere surrounding the import from the north remained undiminished.

Injured Cardinals guard Will Hernandez, whose parents were both born in Mexico, made the trip even though he couldn't play and led his team onto the field before the game waving a huge Mexican flag.