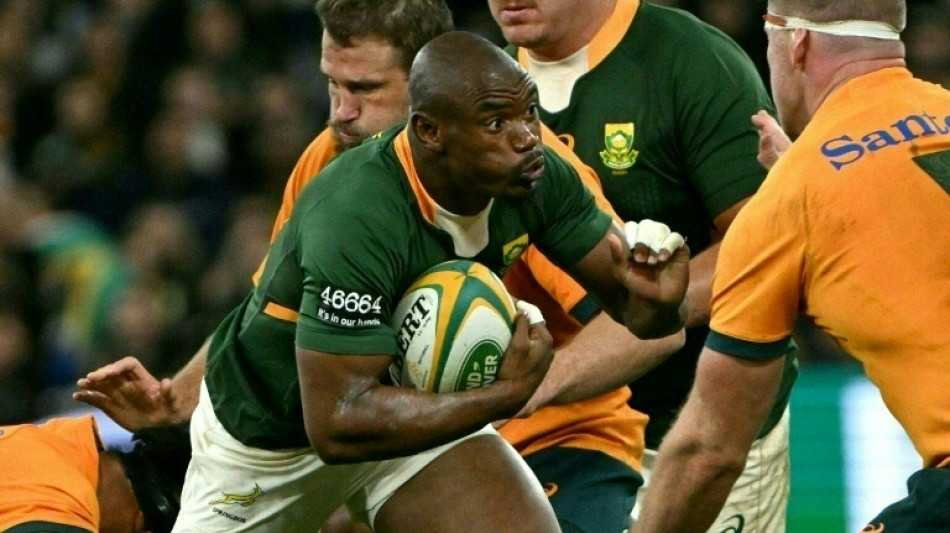 South Africa coach Jacques Nienaber has made a raft of changes for the Springboks' concluding Autumn Nations Series international against England at Twickenham on Saturday.

With the game taking place outside World Rugby's official window for Test matches, the world champions will be without Cheslin Kolbe (wing), Andre Esterhuizen (centre), Cobus Reinach (scrum-half), Jasper Wiese (No 8) and Vincent Koch (prop), who have all returned to their respective English and French clubs.

Nienaber had made six changes to the starting XV that thrashed Italy 63-21 in Genoa last weekend, with Makazole Mapimpi (wing), one of the try-scoring heroes of their 2019 World Cup final win over England in Japan, recalled.

Jesse Kriel is in at centre, while Evan Roos (No 8) and Eben Etzebeth are back in the pack.

The Springboks have also made two positional switches, with Kurt-Lee Arendse on the right wing after playing on the left in Genoa and Damian de Allende moving from outside centre to inside centre to partner Kriel.

There are also four changes on a replacements bench featuring a split of five forwards and three backs, with SA 'A' captain Thomas du Toit (prop), Marco van Staden (flanker), Jaden Hendrikse (scrum-half) and Canan Moodie being drafted in.

England, who came from 19 points down to snatch a dramatic 25-25 draw with New Zealand at Twickenham last weekend, are due to name their team on Thursday.