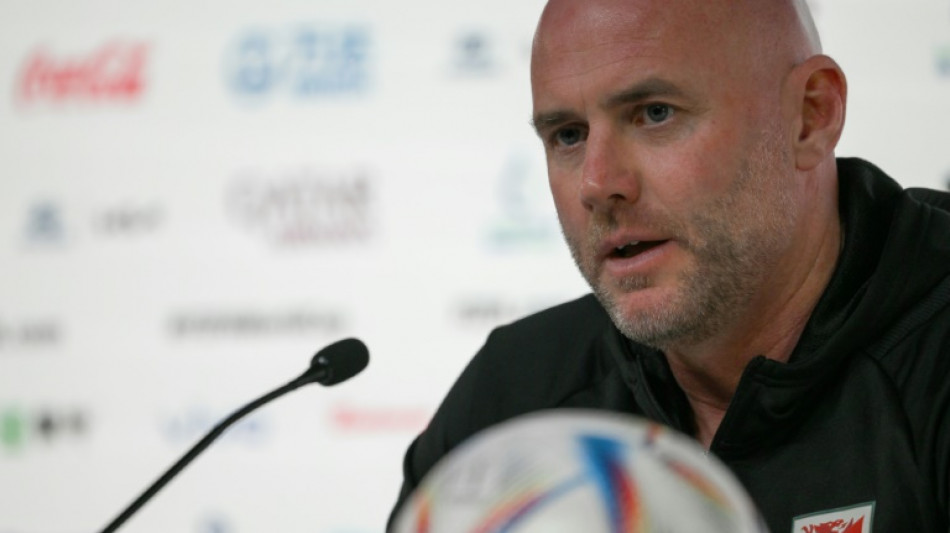 Wales manager Rob Page ruled out emulating Germany's pre-match protest against FIFA's stance on the "OneLove" rainbow armband when his team face Iran in a crucial World Cup Group B clash on Friday.

Germany's players made headlines before Wednesday's shock loss to Japan when the team lined up for their pre-match photo with their hands covering their mouths after FIFA's threat to sanction players wearing the armband.

Wales were one of seven European nations, including Germany and England, who backed down from having their captains wear the armband, seen as a gesture of solidarity for LGBTQ rights.

Page said Thursday that while Wales remained committed to supporting inclusivity, there was no chance of Welsh players mirroring Germany's protest -- even suggesting Germany may now regret the gesture after their defeat to the Japanese.

"I want my players to be fully focused on playing games of football and winning games - and I'm sure now Germany in hindsight would probably have the same message," Page said.

Wales skipper Gareth Bale echoed Page's remarks, adding that had he incurred an automatic yellow card for wearing the armband in Monday's 1-1 draw with the United States, he would have been sent off before half-time. Bale was booked in the first half against the Americans.

"We weren't too happy about not being able to wear it," Bale said. "Obviously with the sanctions that could have been put in place - I know people said I should have worn it but I would have been sent off after 25 minutes.

"Of course we support it, but we are here to play football. Just by not wearing the armband doesn't mean we don't support it. We are all for equality."

Meanwhile Page said Wales were bracing for a backlash from Iran, who were thrashed 6-2 by England in their opening game.

"Iran will want a reaction from their team so we'll be fully prepared for that," Page said.

Welsh hopes have received a boost with Page confirming midfielder Joe Allen was fit and available to play.

Bale said Wales had "done their homework" on Iran and would not be surprised by their opponents' quality.

"They're a difficult team and they're at the World Cup for a reason."

Page revealed he had altered training times in order to ensure the Welsh were prepared for the punishing Qatari heat, with the match scheduled to kick off at 1pm local time.

"It's going to be a factor tomorrow of course it is. It's the hottest part of the day," Page said of the temperatures, which have hovered around 30C for the past week.