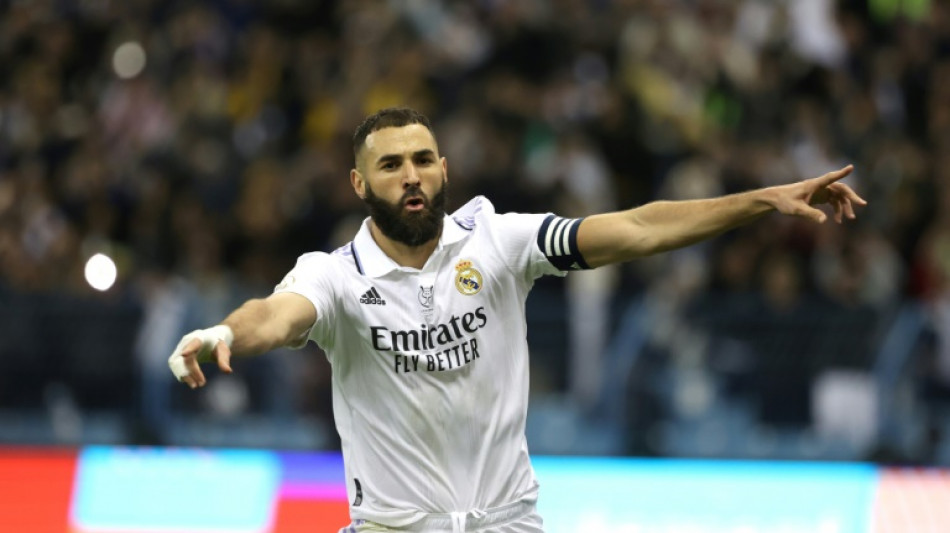 Real Madrid striker Karim Benzema says he has put his World Cup disappointment behind him and is focused on the future, starting with Sunday's Spanish Super Cup final.

The 35-year-old forward dropped out of the France squad injured shortly before their first match, and retired from international duty in December.

Ballon d'Or winner Benzema had been excited to feature after missing France's victory in 2018 because of his involvement in a blackmail scandal over a sex-tape involving his former teammate Mathieu Valbuena.

The forward returned from his thigh problem for Madrid at the end of December and has been finding his best form ahead of the final against rivals Barcelona.

"What happened is over now, the important thing is tomorrow's game," Benzema told a news conference on Saturday.

"I am feeling well in my head and my body, the rest is in the past. It was complicated but it's over."

Some accused Benzema of reserving himself for the World Cup as he missed several games for Madrid in the run up to the tournament in Qatar.

"I know what I'm doing and what Madrid means to me," he added.

"I wanted to play in every match, but I was injured."

The forward was asked if he would renew his Madrid contract, which expires at the end of the season, but he did not reveal his plans.

"I'm enjoying every match and training session with Real Madrid," he said. "I go year by year."