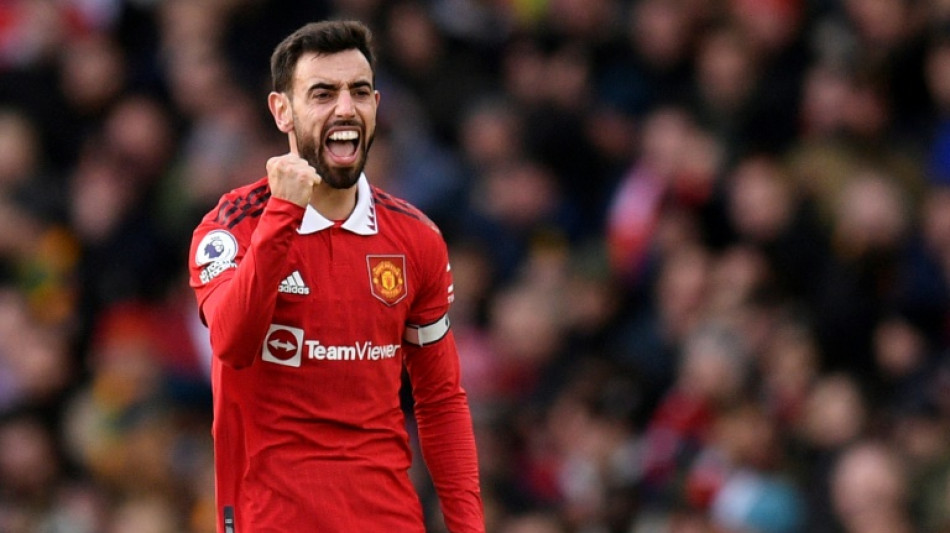 Pep Guardiola was left fuming by the controversial VAR decision to allow a Bruno Fernandes goal that sparked Manchester United's thrilling fightback in their 2-1 win over Manchester City on Saturday.

Marcus Rashford was clearly offside when he ran onto a through ball but Fernandes ran past him to fire home.

Although the goal was initially disallowed, it was eventually allowed to stand after a VAR check because Rashford didn't touch the ball before Fernandes scored.

With Guardiola and his players furious that VAR ignored Rashford's presence as a clear distraction to keeper Ederson, United took advantage of the champions' loss of focus to grab a late winner through Rashford's close-range finish.

"It is what it is. We know where we play. It is difficult for the referees in these stadiums."

Even United manager Erik ten Hag conceded he could understand Guardiola's frustration with such a debatable decision.

"I can see that from the other side as well - of course it's a confusing moment but when you follow the rules he didn't touch the ball, he was not interfering and it's a goal," Ten Hag said.

Third-placed United are now just one point behind City after extending their winning streak to nine games in all competitions.

"We were happy at half-time but after half-time it changed, we were not proactive any more and just before I wanted to change it, they score," he said.

"But then the spirit in the team is so huge, the belief is there that this game is 90 minutes, and we can fight back, and they believed they could turn it around."

Second-placed City could be eight points behind leaders Arsenal if the Gunners win at Tottenham on Sunday.

With spluttering City losing their momentum in the title race, Guardiola added: "It was a fantastic game. We were close and we have to improve when we concede the goal, be more stable, the gap between the first and second goal is too close.

"In general I have no regrets. I don't care if we don't win the Carabao Cup or the Premier League, we'll try. I don't care when a team performs how we play. It was quite similar to the many, many years we've been here."