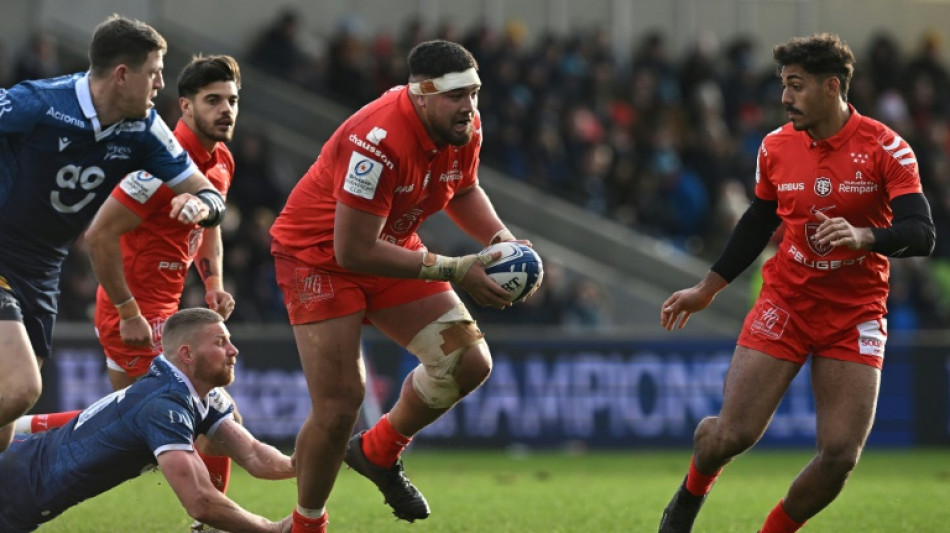 Australian-born lock Emmanuel Meafou said he hoped to be named in France's Six Nations squad after scoring to help five-time winners Toulouse beat Sale Sharks 27-5 to claim their place in the last 16 of the Champions Cup on Saturday.

Meafou, 24, who is waiting for a French passport and may even feature in the upcoming Six Nations, crashed over in the second-half as Sale played an hour with 14-men after Cobus Wiese's red card.

France's Six Nations squad is named on Tuesday but the 2.03m, 140kg second-row is unable to play for his adopted country before receiving citizenship, which he will reportedly obtain in time for the third round fixture against Scotland on February 26.

"Every week I try and go and play my best game and if the international call up comes then hopefully I'll be ready for it, I'm just focusing on playing well for Toulouse now," he added.

The home side will have to win at Ulster in the final round of pool games next weekend to keep their hopes alive of advancing.

In rare sunshine in the Manchester suburbs, Sale made the worst possible start as props Simon McIntyre and Nic Schonert collided just after kick-off and left the field with just six seconds on the clock with head injuries.

That was compounded by a red card for Wiese after 18 minutes when the South African lock went in recklessly and dangerously at a ruck.

In spite of that, the home side led 5-3 at the break thanks to a try from hooker Akker van der Merwe, who lived up to his nickname of 'Angry Warthog' when he barged his way over for a fifth try of the season.

The second half, though, belonged exclusively to Toulouse as they ran in 24 points without reply.

Meafou and replacement hooker Guillaume Cramont both went over for tries while full-back Melvyn Jaminet took his kicking tally to 17 points.

Four-time winners Leinster also reached the knock-out stages as they hammered Gloucester 42-14 as World Rugby player of the year Josh van der Flier was on the scoresheet.

Ireland tight-head prop Cian Healy became the fifth player to reach 100 games in the Champions Cup competitions as he replaced Michael Ala'alatoa with half an hour to play.

The sides followed Leicester into the next stage after the two-time former winners beat Clermont 44-29 on Friday.

Later, Munster play Northampton in a repeat of the 2000 final, holders La Rochelle host Ulster and Saracens will be without England captain Owen Farrell for the first of four games after he received a ban for a high tackle as they welcome Lyon.