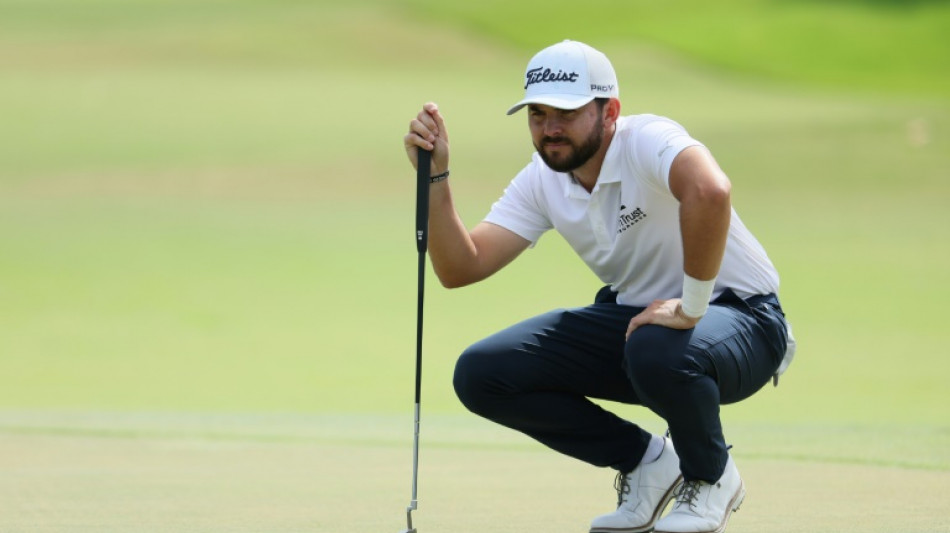 Hayden Buckley had two eagles in a six-under-par 64 on Saturday to grab a two-shot lead after three rounds of the Sony Open, where he's chasing a first US PGA Tour title.

England's Taylor carded a five-under-par 65 to join the group on 13-under 197 while Lipsky fired a second straight 66 and Kirk posted a 68.

Andrew Putnam charged up the leaderboard with an eight-under 62 that featured 10 birdies, and was joined on 198 by South Korean Kim Si-woo, who signed for a 64.

Buckley, who finished tied for fifth at the Zozo championship in October, said his round was "a testament to being patient."

"I missed a three-, four-footer for birdie kind of early on and I just stuck with it," he said, adding that he didn't feel as in control as he had on Friday.

"I hit a lot of greens, obviously, but I hit them in some tougher spots today -- a lot of shots pin-high, with a lot more break and a little bit quicker putts," he said. I feel like I just played smart."

On a day when a dozen players held at least a share of the lead at Waialae Country Club in Honolulu, Hawaii, Buckley's eagles made the difference.

The first came after he "chunked" his tee shot at the 10th, then hit his 50-degree wedge second shot "a hair thin."

Buckley admitted he thought it might miss the green, but instead it hit the putting surface and rolled in.

At 18 he said he was "just trying to play to the front edge.

"Luckily I had a great number and hit a five-iron in close."

Buckley will be playing in the final group of the final round for the first time in a US PGA Tour event.

Taylor and Lipsky are also chasing maiden US tour wins, although Lipsky's three international titles include an Asian Tour victory in 2012 and European Tour wins in 2014 and 2018.

Taylor rebounded from an opening bogey with six birdies, rolling in a six-footer at the 18th.

"Solid round," he said. "I had a little bit of a hiccup on the first with an early bogey ... but we had level shoulders on us today."

Lipsky opened with back-to-back bogeys, but had seven birdies the rest of the way. After a bogey at 17 he rolled in an 11-foot birdie at the last.

Kirk kept himself in the hunt despite a nightmare start. His overnight lead evaporated instantly when he hit it out of bounds off the first tee on the way to a double bogey.

He responded with a birdie from the fringe at the second, and added birdies at the sixth and ninth before another setback at the 13th, where he was in a fairway bunker and a greenside bunker.

Kirk holed out for birdie from a greenside bunker at the 14th and birdied 16, but he couldn't take advantage of the par-five finishing hole.