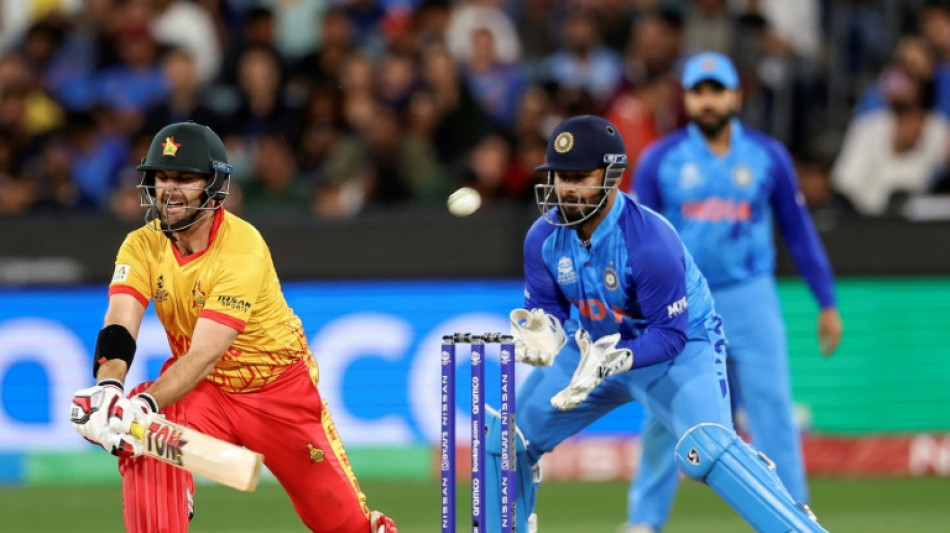 A whirlwind unbeaten 30 by Ryan Burl, better known as a leg spinner than a brisk batsman, lifted Zimbabwe to a 2-1 Twenty20 series victory over Ireland in Harare on Sunday.

Ireland were put in to bat and made 141-9 with Harry Tector top scoring on 47 as they sought to buck a trend in this series of the side fielding first winning.

Another bowler, Luke Jongwe, won the match and the series, hitting a four off the last ball of the penultimate over to take Zimbabwe to 144-6, and a four-wicket triumph.

It was a dramatic end to a series that began with a five-wicket win for Zimbabwe on Thursday, followed by a six-wicket victory for the tourists two days later.

After the cheap loss of opener Tadiwanashe Marumani (5), Ervine took charge, with his 65-minute stand including six fours.

His knock ended when caught by Chris Campher attempting a cover drive off a short-pitched ball from Mark Adair.

Batting at No. 4, Tector rescued the tourists, who had slumped to 19-3 having faced just 23 deliveries.

He put on 70 runs before being separated from Campher, the second highest Irish scorer with 27, including two fours.

Tector departed next, adding a further six runs before his middle stump was uprooted by off spinner Wesley Madhevere, the most successful Zimbabwe bowler with two wickets for eight runs.

Mark Adair was the only lower-order Irish batsman to reach double figures with his 14 off 10 balls contributing to a 31-run seventh-wicket stand.