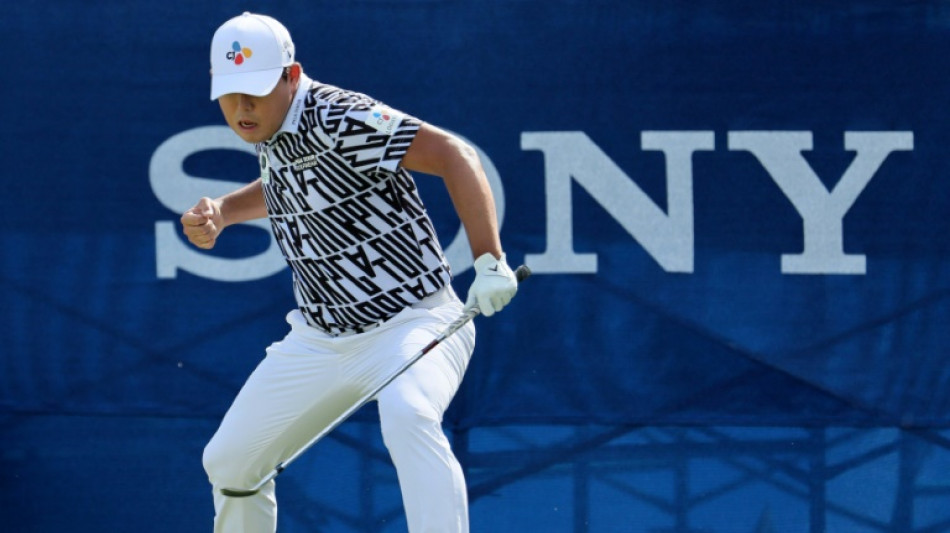 The 27-year-old from Seoul clinched his fourth career PGA Tour title – and first for two years – after carding a second straight six-under-par 64 at Waialae Country Club in Honolulu.

Kim's closing final round saw him squeeze past third-round leader Hayden Buckley, who had been chasing his first title on the tour.

A see-saw finale saw Kim and Buckley match each other shot-for-shot, with little to choose between the two players and the possibility of a playoff looming.

Buckley looked poised for victory after a birdie putt on the 16th saw him move to 17 under for a one-shot lead.

But Kim, playing in the group ahead, hit back moments later to regain a share of the lead after brilliantly chipping in from 27 feet.

The Korean was in no mood to surrender the initiative, and conjured another moment of magic on the par-five 18th to take sole possession of the lead at 18 under.

After finding a fairway bunker with his tee-shot, Kim blasted a superb iron out of the sand onto the green to give himself a long eagle chance.

He rolled a perfectly weighted putt just short to set up a tap-in for birdie.

That piled the pressure on Buckley, who could only par the 17th, meaning he would need to birdie the last to force a playoff.

Buckley, who had eagled the same hole on Saturday, was in trouble off the tee, finding the right rough down the fairway and then his second came up short of the green.

His chip rolled 12 feet past the hole, leaving him with an awkward birdie putt which he duly missed to finish with a two-under-par 68, leaving him on 17 under with a 72-hole aggregate 263.

Kim, who started the day three off the pace, said patience had been the key to his round.

"I tried my best every shot, trying to get confidence and staying calm," said Kim, who admitted he had heard the roars from the galleries after Buckley had taken the lead on 16 with his birdie.

"I heard the noise. I knew I had to hit it aggressive – nothing to lose, so I just hit it, and it goes in," Kim said of his chip-in.

Chris Kirk finished in third place, three off the lead on 15 under, after a closing 68, while three players – Andrew Putnam, David Lipsky and England’s Ben Taylor – tied for fourth on 14 under.

Australia’s Aaron Baddeley and Canada’s Nick Taylor were among a group of five players tied in seventh on 13 under.