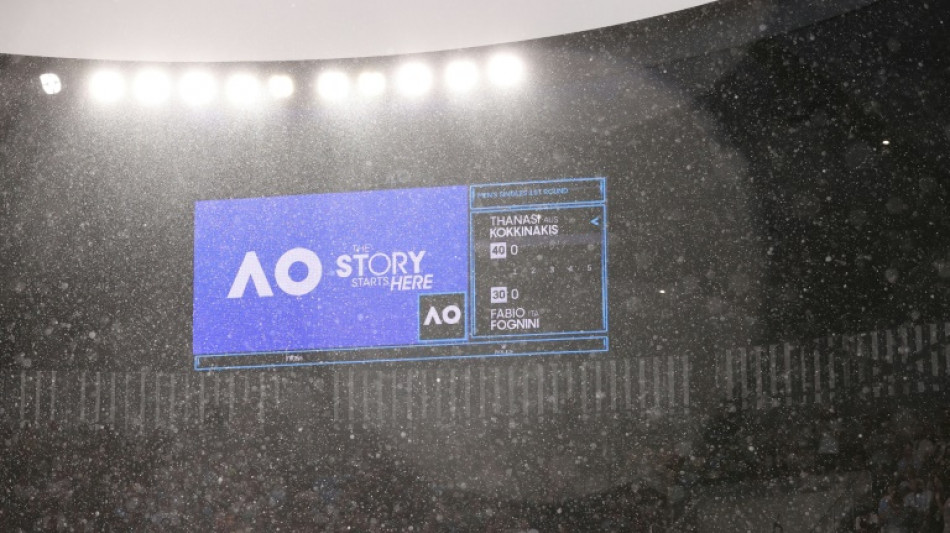 Rain prevented play on outside courts at the Australian Open Wednesday, compounding a scheduling backlog, with some players not happy about it.

Play was due to start at 11am (0000 GMT) but persistent drizzle meant there will be no action before 1pm at the earliest.

It follows intense heat then torrential rain playing havoc on Tuesday, with hours of delays and a slew of matches called off.

Those delayed matches were due to get under way early Wednesday, with the doubles competition also scheduled to start.

But only matches on the three main stadiums, which have roofs, were able to begin on time.

Briton Jamie Murray, a top doubles player and brother of Andy Murray, hit out at Wednesday's schedule being released so late on Tuesday evening, which meant some players went to sleep not knowing when they would start.

"On top of that the weather is crap. Just start matches later and give players more rest/prep time. You have lights!".

Belgian veteran Kirsten Flipkens was another who voiced concern.