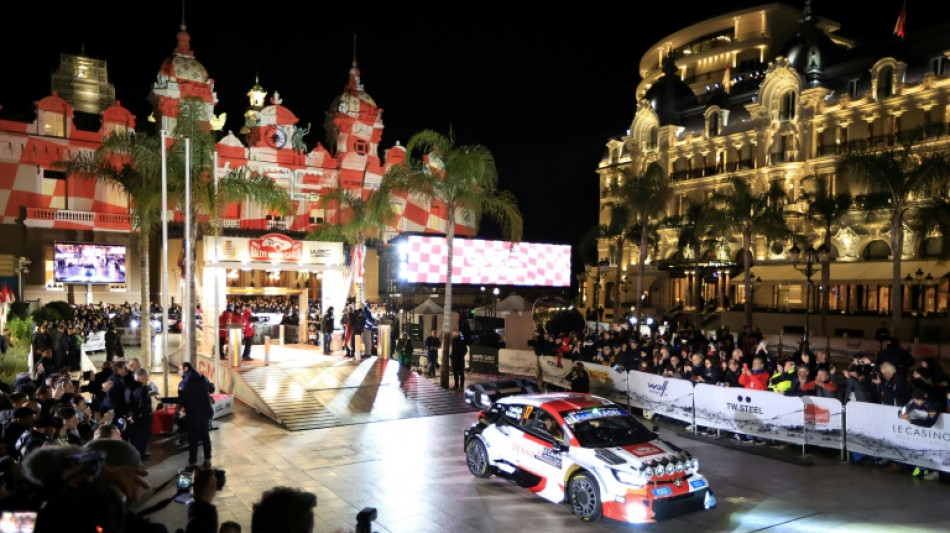 Sebastien Ogier mastered the black ice and slippy conditions on Thursday to grab the lead of the season-opening Rally of Monte Carlo.

The eight-time world champion from France took his Toyota into a six-second lead over teammate Elfyn Evans of Wales after the first two stages in the 91st edition of the iconic race.

Ogier, who is only competing part-time in the 2023 championship, has won the Monte Carlo race eight times.

"It's never easy to start this rally at night, but at least the conditions were not so inconsistent," said Ogier.

"There was only one really tricky corner and for once I was not starting first on the road, so I could benefit from seeing the lines from the others. That helped.

"I think it's been a good start for us and we are happy with that, but obviously there is a very long way to go."

Belgian driver Thierry Neuville went off the road on the second stage and lost time when his Hyundai stalled in the darkness of the principality.

He is in fourth place, 15.5 seconds behind the leader.

Reigning world champion Kalle Rovanpera, in a Toyota, opted for a cautious start and was down in fifth spot, 17.1 seconds off the lead.