Swiatek crushes qualifier to set up Rybakina clash in Melbourne 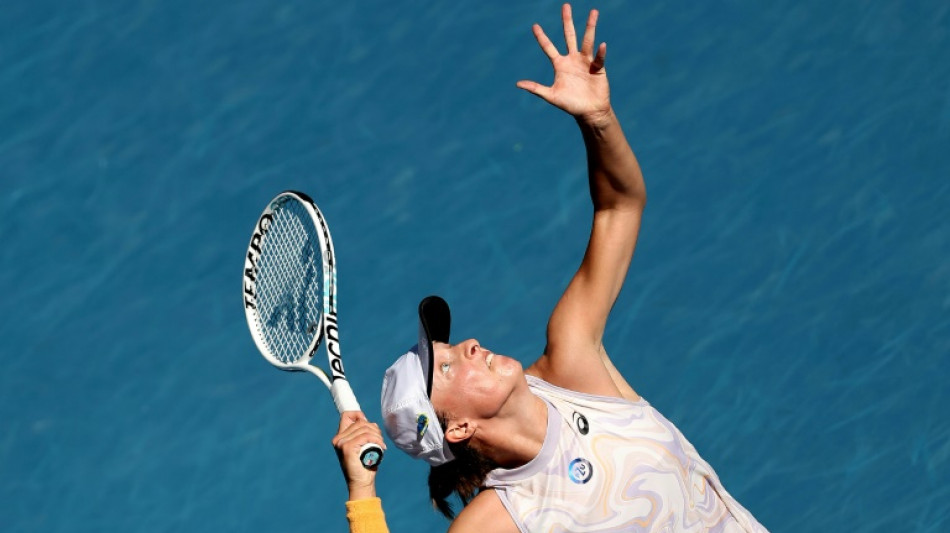 World number one Iga Swiatek fired an Australian Open warning to her rivals with a crushing 6-0, 6-1 win over Spanish qualifier Cristina Bucsa on Friday.

The French and US Open champion will now face a showdown with Wimbledon title-holder Elena Rybakina for a place in the quarter-finals.

The title favourite from Poland had said after a tough first-round examination that she needed to find some extra "intensity".

She has certainly done it, cruising into the last 16 with the loss of only six games in her second- and third-round matches.

The 21-year-old is on course to win the Australian Open for the first time and with it the thrid leg of a career Grand Slam of all four majors.

"I knew she can be solid so I didn't really want to let her come back" said Swiatek, who made her Australian Open debut in 2019.

"I'm glad that I was really disciplined and just focusing on my tactics.

"And yeah, I felt like I'm moving into flow. So that was nice," added Swiatek, a year after recording her best result at Melbourne Park, losing to Danielle Collins in the semi-finals.

The three-time major winner -- she also triumphed at Roland Garros in 2020 -- will meet Moscow-born Kazakh Rybakina after she beat last year's runner-up Collins 6-2, 5-7, 6-2.

"We played recently in Dubai," said Swiatek of Rybakina, the 22nd seed. "It wasn't a tournament, it was an exhibition. So we know each other pretty well.

"We also played in juniors, but you know, we both made such a progress that it doesn't really matter what happened a couple of years ago."

Rybakina said Swiatek, who seems to be getting better as the tournament progresses, would be a very difficult prospect.

"For sure she's very strong physically and mentally," Rybakina told reporters after spending 2hr 5min on court before knocking out the American 13th seed Collins.

"I think that if I'm going to play my game, aggressive, I'm going to have to be solid from the beginning till the end.

"I will have to take all my chances. I think Iga is a great player."