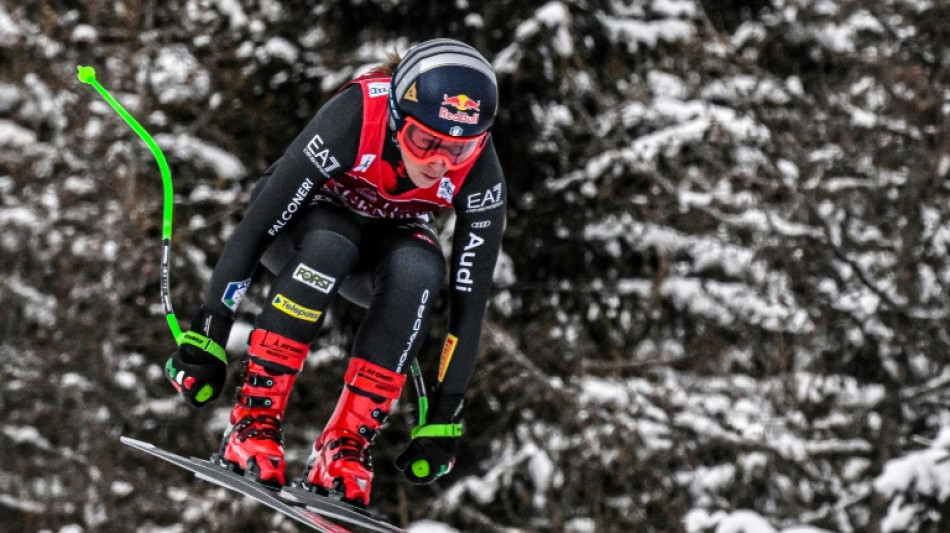 Sofia Goggia charged to victory in Friday's World Cup downhill at Cortina d'Ampezzo to deny record-seeking Mikaela Shiffrin and increase her lead at the top of the discipline's standings.

Italian Goggia clocked a time of one minute and 33.47 seconds, 0.13sec ahead of Slovenia's Ilka Stuhec, enough to take her to 480 points in the downhill ranking and 208 ahead of Stuhec.

The 30-year-old has now won four of the five downhill races contested so far this season despite breaking two fingers when finishing second in Saint Moritz last month.

Shiffrin finished 0.50sec behind Goggia in fourth, meaning she will have to wait at least another day for an 83rd World Cup win which would take her past now-retired Lindsey Vonn as the female skier with most wins on the elite alpine skiing circuit.

The American will have two more chances to break compatriot Vonn's record this weekend with another downhill in Cortina on Saturday before Sunday's super-G.

Shiffrin did increase her lead on Petra Vlhova at the top of the overall standings to 449 points as her Slovakian rival did not take part in Friday's race.

Olympic downhill champion Corinne Suter dropped back to fourth in the downhill standings after flying off the track in what appeared initially to be an awful crash.

However the Swiss was soon back on her feet to the relief of the crowd and her competitors including rival Goggia, who were seen turning away in horror.