Korda playing catch-up in prodigious family, with a ittle help from Agassi 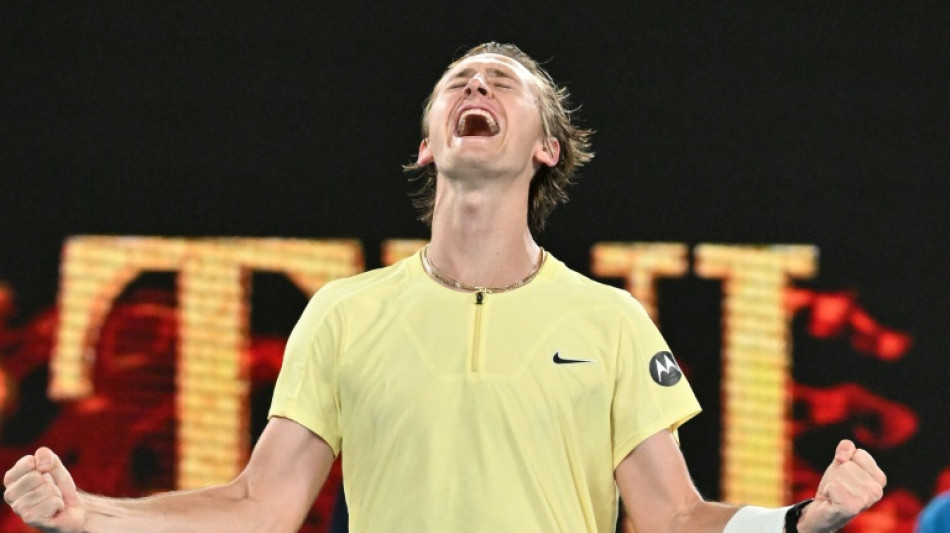 Sebastian Korda says he's "the worst athlete" in his high-achieving sporting family, but with a little help from tennis legend Andre Agassi the rising American is working hard to change the dynamic.

The 22-year-old stunned two-time losing finalist and seventh seed Daniil Medvedev at the Australian Open on Friday, weeks after pushing Novak Djokovic to the limit in the Adelaide International final.

Known as Sebi, his composed performances reflect what has been evident for some time -- he is on the rise, and with plenty to live up to in the Korda family.

His father Petr is a former world number two who won the Australian Open in 1998 while his mother Regina Rajchrtova was a Czech player who rose to 26 in the world.

His older sisters are equally prodigious with Nelly an eight-time winner on the LPGA Tour, current world number two and an Olympic champion.

Jessica also opted for golf rather than tennis and she too excelled, winning six titles so far.

"I don't know what I'm going to be ranked (after his victory), but my mum's career high was 26, my dad was two, my sister Nelly was number one, my eldest sister Jessica was six," said Korda, currently ranked 31.

"So I'm definitely the worst athlete in the family so far!"

Nelly, at least, doesn't believe it for a minute, telling broadcaster Golf Channel at the Tournament of Champions in Florida on Friday: "Honestly he's the best.

"His hand-eye coordination is unbelievable. His swing -– I'm jealous of his swing actually. It's crazy. He's a lefty. He's a natural righty, but he plays golf lefty.

"He played hockey lefty. I mean, he grew up playing hockey. He was pretty good at it, too. He skates really nicely, plays golf nicely, plays tennis beautifully."

Djokovic noted his talents in Adelaide this month after fending off a championship point to defeat him in the final, with the 92-time titlist saying he played "beautiful-looking tennis".

Medvedev, who is set to drop to 12 in the rankings after his defeat, is another admirer, comparing his game to the Serbian superstar's.

"The most difficult thing is that he hits the ball very strong. Probably one of the strongest hitters," the Russian said.

"His game is kind of different from everybody because he's very aggressive and takes the ball very early. A little bit maybe like Novak."

Korda, a junior champion at Melbourne Park, will next face Polish 10th seed Hubert Hurkacz on Sunday for a place in the quarter-finals.

His steady rise through the rankings and his run to the fourth round can partly be attributed to eight-time Grand Slam winner Agassi, who has been acting as a mentor.

"He's one of the most special people in my life," said Korda of the Las Vegas-based star, who stayed up until 5am to watch him beat Medvedev.

"We started talking during Covid in 2020. He's been one of the biggest parts in my rise. Just overall just as a tennis player, as a human being.

"We spend a lot of time together. Yeah, he's very special to me."

Korda also attributes a new positive mindset for his stellar start to the season, getting it from his mother and new coaches Martin Stepanek and Radek Stepanek, both former players.

"That's one of the biggest things, kind of just having a new motto of 'positive energy is more positive than negative energy'. As soon as you get something negative, it can take you the opposite direction," he said.

"My mum is always really big on having a good attitude. I just try to take it one step further, just try to do it all the time.

"Especially bringing in two new coaches, Martin Stepanek and Radek Stepanek, they're really big into that. So I think it's playing a big role in my game right now. It's working really well."