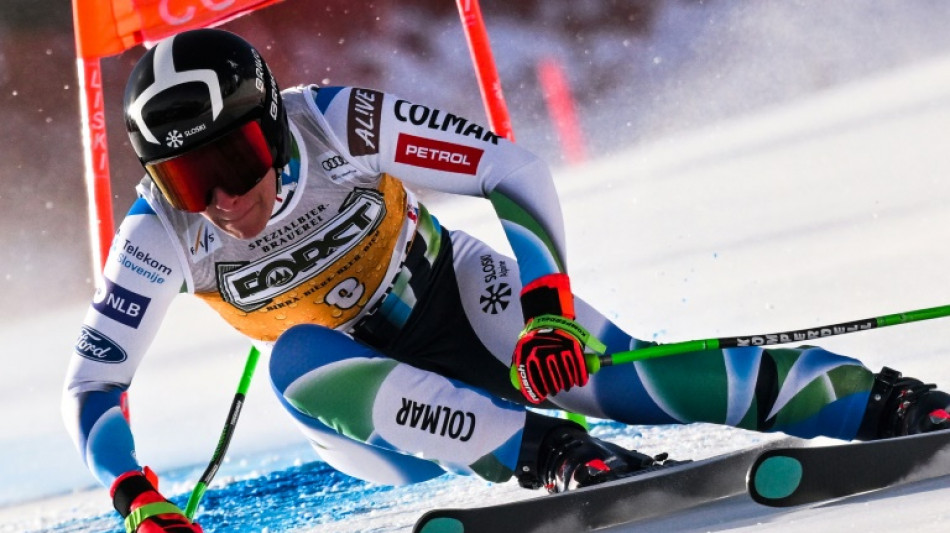 It was the Slovenian's first victory since she stormed to her second world gold in Are in 2019 and her first on the World Cup circuit since the end of 2018. The 32-year-old now has 10 World Cup wins.

Starting with bib number 30, Norway's Kajsa Vickhoff Lie grabbed second, at 0.24sec, for just the second podium of her career.

Italian speed queen Goggia crashed out, seemingly with no after-effects. Her teammate Elena Curtoni, a crash victim herself on Friday, took third at 0.35sec.

Switzerland's Lara Gut-Behrami and Norway's Ragnhild Mowinckel shared fourth, just a hundredth of a second behind.

It meant Shiffrin would have to wait at least another day for an 83rd World Cup win to break a tie with now-retired Lindsey Vonn as the female skiers with most wins on the elite alpine circuit.

The American will have another chance to break compatriot Vonn's record in Sunday's super-G.

The result, nonetheless, saw Shiffrin consolidate her lead atop the overall World Cup standings, on 1,281 points. Slovak Petra Vlhova is second, on 796pts, with Gut-Behrami third (731).

Goggia, who has won four of the six downhill races contested so far this season despite breaking two fingers when finishing second in Saint Moritz last month, remains atop the downhill standings on 480pts.

Stuhec sits second with 372pts, with Curtoni pulling clear of Switzerland's Corinne Suter -- a non-starter Saturday and in Sunday's super-G after a crash on Friday -- into third (278).