Murray's heroic Australian Open run over in round three 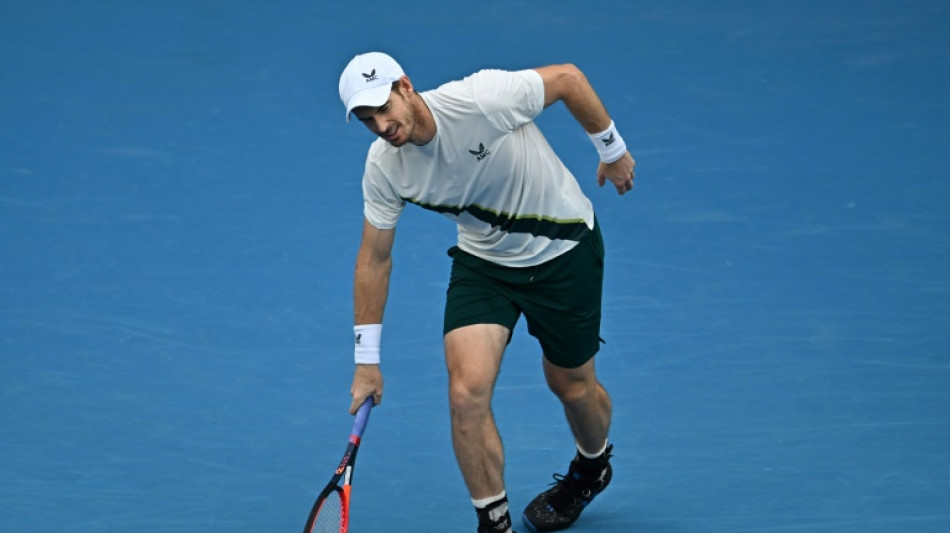 Andy Murray's 4:05 am finish eventually caught up with him at the Australian Open as the Briton bowed out in typically defiant style to Roberto Bautista Agut in round three on Saturday.

The 35-year-old Murray was clearly feeling the effects of his epic five-setter in round two, which started on Thursday but ended in the early hours of Friday.

Former world number one Murray, who has a metal hip following career-saving surgery four years ago, was 3-0 down in a flash in the first set.

But the three-time Grand Slam champion had Margaret Court Arena firmly in his corner and a huge cheer went up when he finally got on the board, holding serve for 3-1.

It was to be only a temporary reprieve as the Spaniard raced away with the first set in a lopsided 29 minutes.

Murray held serve to start the second set but he appeared sluggish, having been forced to five sets in both his previous matches.

The epic five-setter in round two against Australia's Thanasi Kokkinakis lasted a gruelling five hours and 45 minutes -- the longest match of Murray's storied career.

He committed a double fault to go 2-1 behind in the second set to Bautista, Murray letting out a howl of frustration.

Five-time Australian Open runner-up Murray has made a career of dramatic comebacks and he threatened one again as he broke back for 4-4, to the delight of the crowd.

Murray does not know when to quit.

His opponent then had two set points in the second-set tie break, only for Murray to roar back to win 9-7 and claim the set.

Bautista got the break to claim the third set, but Murray would not go away in the fourth, even as the match stretched past three hours on court.

Then came the killer blow as the 34-year-old Bautista broke Murray for a 5-4 lead, then sealed the deal on his first match point when the Briton fired a return into the net.