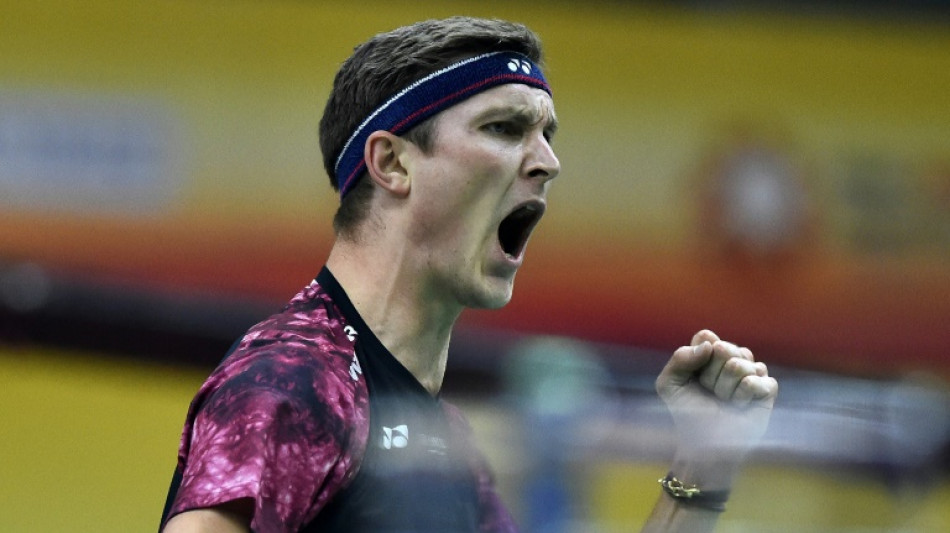 World number one Viktor Axelsen cruised into the India Open badminton final after he eased past Indonesia's Jonatan Christie 21-6, 21-12 on Saturday.

The Danish ace and top seed, fresh from his Malaysia Open win on Sunday, served out his fourth-seed opponent in 38 minutes in the men's singles semi-finals in New Delhi.

"I feel really good. I felt really fresh going into my match today," said Axelsen, whose quarter-final match on Friday was cut short when his compatriot Rasmus Gemke retired with a leg injury.

"I moved well and shots were good."

"I'm looking forward to a good final and I have played Vitidsarn on several occasions in the final," he said.

The 21-year-old Vitidsarn, a former world junior champion, banked on strong defence to counter the attacking style of Ginting, who started by taking a 12-6 lead, in a 58-minute battle.

Women's top seed and Japanese star Akane Yamaguchi beat Thailand's Supanida Katethong 21-17, 21-16 to set up a title clash with An Se-young -- a repeat of Sunday's final in Malaysia, which Yamaguchi won.

The two-time world champion and current world number one remained at the top of her game to claim victory in 39 minutes against the Thai.