Korda and Hataoka chase Henderson at Tournament of Champions 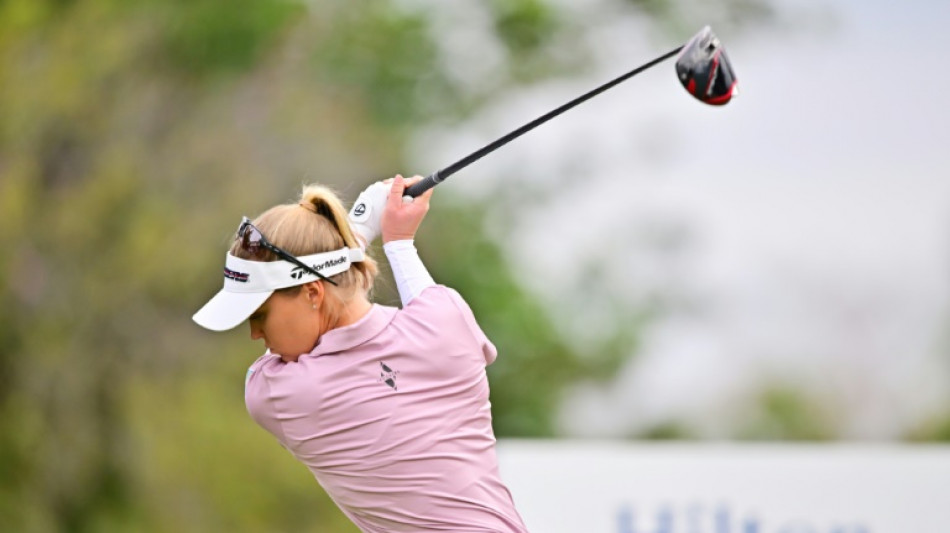 Canada's Brooke Henderson heads into the final round of the LPGA's season-opening Tournament of Champions with a three-shot lead over American Nelly Korda and Japan's Nasa Hataoka after shooting a three under-par 69 on Saturday.

Henderson has led after all three rounds at Lake Nona, Orlando and despite not reaching the levels of her 66 on Friday, she still only had one bogey on the par-four 12th.

"I wasn't as smooth out there today, but I feel like we fought it out pretty well. I still was hitting the ball very well and giving myself a lot of opportunities, so no complaints there," she said.

"I wasn't making the same amount of putts that I did the other days, but the putter still feels really good, and I'm just super excited to be in contention and in the final groups first tournament back," she said.

Korda has been close behind Henderson all week and remains in contention after recovering from a bogey on the opening hole to shoot a four under-par 68.

The American hit a hot streak on the back nine with four birdies in five holes from the 11th on.

"I wasn't really hitting it too great on the front nine. I was hitting it fine. I was just missing pretty much my spot by a couple of yards here and there, and obviously that goes from 10 feet to maybe 15, 20 feet. Right there, that's kind of a little bit of the problem," she said.

"On the back nine, I kind of picked a target, a little bit more of an aggressive target and really dialed into that, and I think that really helped."

Hataoka shot the round of the day with her six under-par 66 pushing her into the frame for Sunday after an electric streak of six birdies on the back nine.

"I was dialed in, especially back nine. Front nine I wasn't striking the ball how I wanted to," said Hataoka, who has six wins on the tour.

"My game plan is just keep on doing what I've been able to do the last three days, so hopefully I can do that again."