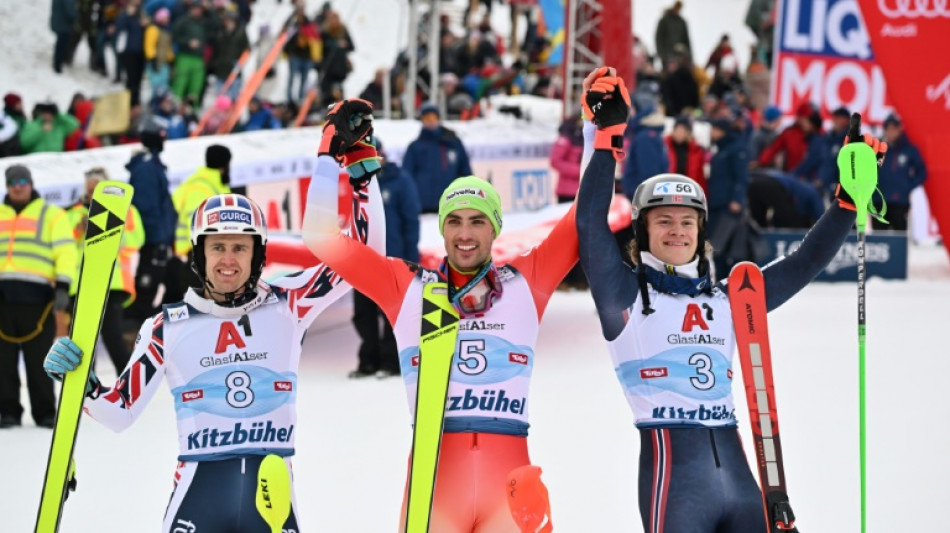 Switzerland's Daniel Yule held his nerve Sunday to win the men's World Cup slalom in Kitzbuehel for a second time in his career.

Yule, born in foothills of the Swiss Alps to Scottish parents, had clocked the seventh fastest time in the first leg down a super-icy Ganslern slope in the Austrian resort.

The 29-year-old, who previously won in Kitzbuehel in 2020, clocked the third-fastest time on the second leg for a winning aggregate of 1min 44.63sec.

It was Ryding's second runners-up finish on the Ganslern after 2017, edging out Norway's Lucas Braathen by one-hundredth of a second.