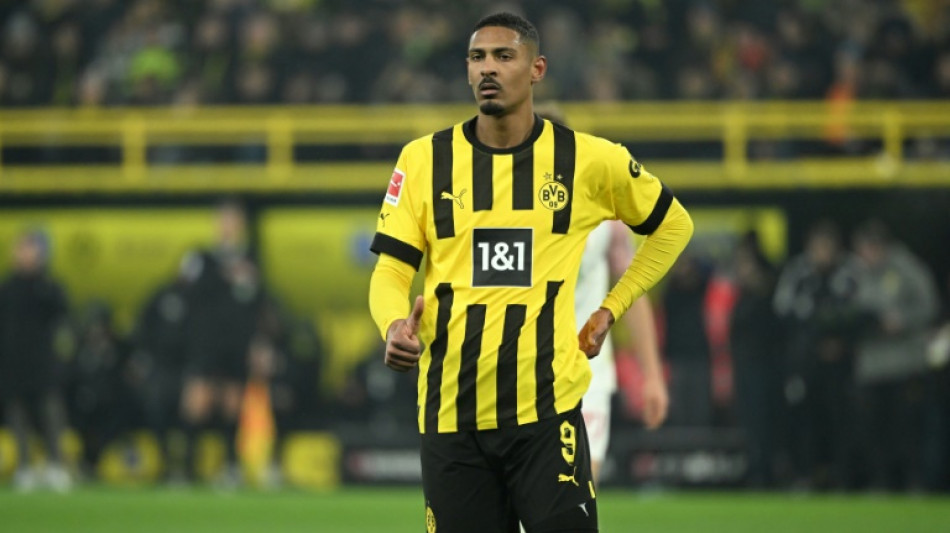 Borussia Dortmund clinched a 4-3 thriller at home against Augsburg on Sunday as Sebastien Haller returned to the team after battling testicular cancer.

Dortmund manager Edin Terzic brought on Jamie Bynoe-Gittens and Gio Reyna in the 70th minute, with both wingers scoring goals to help carry their team to victory.

The home side had the better of the early proceedings before Jude Bellingham broke through in the 29th minute.

The 19-year-old Englishman collected the ball on the edge of the box and sent the Augsburg defenders the wrong way, before drilling a low shot into the bottom right corner of the net.

Despite Dortmund's dominance of possession, Augsburg hit back in the 40th minute, when Dion Beljo dispossessed a sloppy Nico Schlotterbeck before passing to Arne Maier, who hammered home.

Schlotterbeck redeemed himself immediately, however, heading in a Julian Brandt free-kick to put Dortmund up 2-1.

Augsburg equalised in stoppage time, Ermedin Demirovic chipping over Dortmund 'keeper Gregor Kobel for his sixth goal of the campaign.

Haller came off the bench in the 61st minute to rapturous applause from the home and away fans, his first competitive appearance since May 2022.

With the game drifting towards more dropped points for the home side, Bynoe-Gittens and Reyna were brought on in the 70th minute.

The home side reclaimed the lead almost immediately, with the 18-year-old Englishman Bynoe-Gittens superbly curling the ball in from outside the box.

Augsburg's David Colina hit back less than a minute later but Dortmund reclaimed the lead two minutes after that, when US forward Reyna lifted the ball over Rafal Gikiewicz and into the back of the net.

Dortmund held on in a nervous final few minutes for the three points which moved them into sixth place in the table.