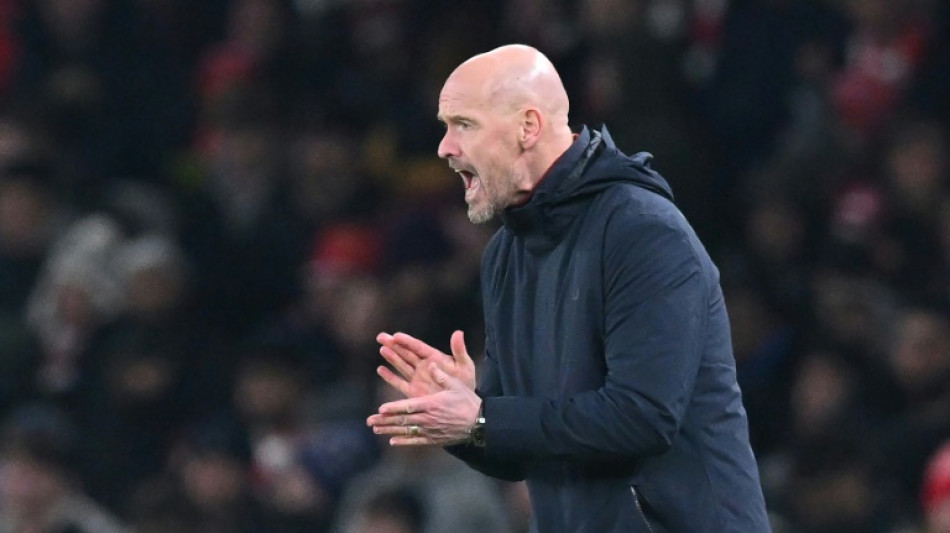 Manchester United manager Erik ten Hag said his team must change their mentality if they want to become a trophy-winning team, bemoaning defensive errors in his side's 3-2 defeat against Arsenal on Sunday.

Eddie Nketiah struck in the closing minutes at the Emirates to claim a dramatic victory for the Premier League leaders, who restored their five-point advantage over Manchester City.

England forward Bukayo Saka put the hosts ahead in the second half, before Argentina defender Lisandro Martinez opened his United account with a looping header.

But United were unable to hold out against relentless Arsenal pressure and lost for the first time in any competition since early November.

A disappointed Ten Hag, who was without influential midfielder Casemiro through suspension, said there were too many mistakes to talk about.

"It was like a pack of cards with the goals we conceded," said the Dutchman, pointing out that the first two started with corners.

The Red Devils also conceded late in a 1-1 draw at Crystal Palace on Wednesday and Ten Hag was frustrated by his side's inability to hold out in the closing stages once more.

With the clock running down, Nketiah was left unmarked to flick home Martin Odegaard's shot at the back post.

"At this moment I'm annoyed and I also told the players 'if you want to win trophies, titles, we have to change our mentality' because it's not possible that you are in a top game and you're making three such big mistakes where you concede goals, especially the last goal.

"You have to feel the game on that point. A point was the maximum and you have to take the point and you can't give such a goal away like we did at the top level."