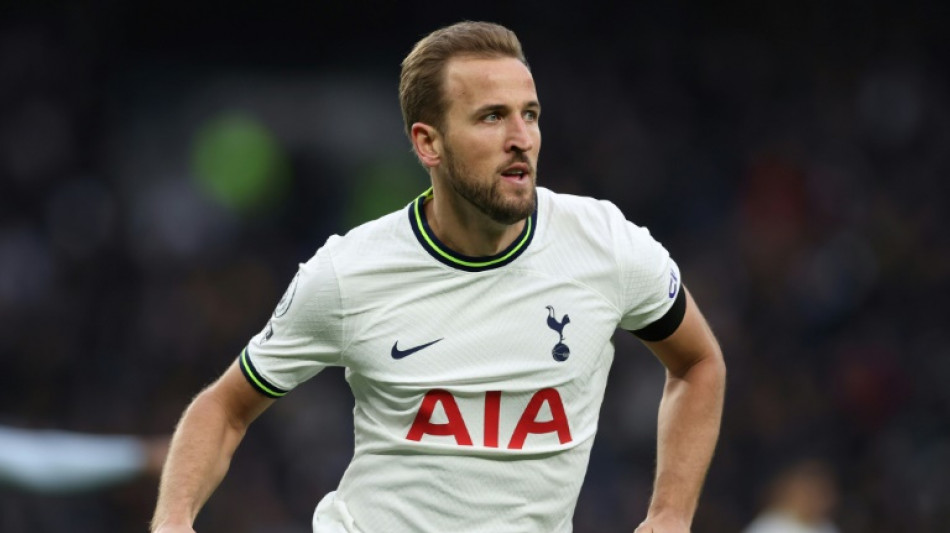 Newly established as Tottenham's joint record goalscorer, Harry Kane's place in the history books was earned as much by his perseverance as his lethal finishing.

Kane's superb strike in Tottenham's 1-0 win at Fulham on Monday took him level with Jimmy Greaves in Tottenham's scoring chart with 266 goals for the north London club.

The 29-year-old was already well established as a Tottenham icon, but securing a share of a goal record held by Greaves since 1970 takes him into even more rarefied air.

Greaves, who died aged 81 in 2021, is regarded as one of the most natural goal scorers in football history.

A member of England's 1966 World Cup-winning squad who netted 44 times for his country, Greaves is the highest scorer in English top-flight history with 357 goals.

For Kane to stand alongside Greaves in the Tottenham history books is all the more remarkable given the doubts that surrounded him at the start of his career.

Hard as it is to imagine now, there were those who suspected Kane, then a cumbersome teenager whose natural goal-scoring gifts had yet to emerge, would never make it at the highest level after he joined Tottenham's academy in 2009.

There were almost two years between Kane's first Tottenham goal against Shamrock Rovers in 2011 and his next against Hull in 2013.

Temporary moves to Leyton Orient and Millwall provided glimpses of Kane's potential, but the lowest ebb of his learning curve came during difficult loan spells at Leicester and Norwich in the 2012-13 season.

"That was the lowest time. I was 19, living away from home and not playing. You always have that doubt. If you're not playing there then how are you ever going to play for Tottenham?" Kane said.

Despite his struggles, showing he had the grit required to cope with the aggressive physical approach from Championship opponents was important to Kane's maturation.

"That happened a lot when I was on loan. One defender said, 'I haven't got a yellow card yet, I'm gonna use it on you'," Kane told the Daily Mail.

"The funny thing was that two minutes later we both went up for a header and he ended up winded on the floor. So that made me pretty happy."

Suitably impressed by Kane's drive, Mauricio Pochettino, then in the early days of his successful spell as Tottenham boss, trusted his potential enough to select him regularly in the 2014=15 season.

Kane repaid Pochettino's gamble with a barrage of goals and the rest is history, given if the striker still can't quite explain what makes him such a penalty area predator.

"It's instinct, natural. When that ball drops to me my body takes over and my mind is just blank really," Kane said.

Kane has 199 career Premier League goals to his credit, with only Alan Shearer (260) and Wayne Rooney (208) ahead of him.

Kane also became England's joint all-time leading goalscorer at the World Cup in December, striking for the 53rd time in the quarter-final defeat against France to join Rooney at the top of the charts.

He could have broken Rooney's record in the closing minutes of the France match, but missed a penalty that condemned England to their painful exit.

It was a rare miscue from Kane, who has appeared to the manor born on the international stage from the moment he scored just seconds into his England debut against Lithuania in 2015.

Kane's goals have so far failed to deliver silverware for club or country, but fuelled by the tenacious streak that inspired his rise to the top, it would be no surprise if he finally ends that drought in the near future.