UK climate chief could quit as Tory race heats up 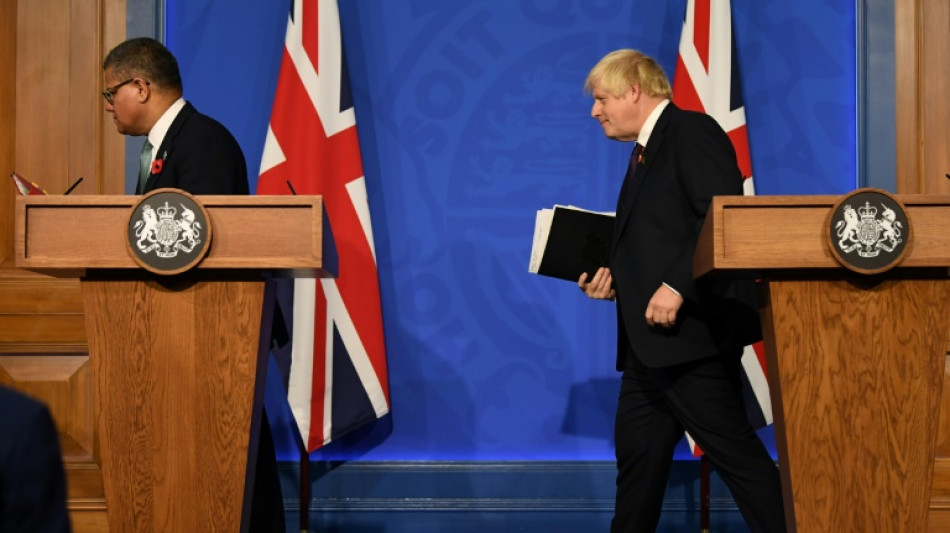 Britain's climate minister has indicated he may resign as some Conservative leadership contenders equivocate on the government's net zero target, ahead of a crunch TV debate Sunday and the final rounds of voting by MPs this week.

The intervention by COP26 president Alok Sharma came as a poll of Tory rank-and-file members, who will have the final say out of the two finalists, gave a surprise double-digit lead to outsider Kemi Badenoch.

Foreign Secretary Liz Truss was second, narrowly ahead of former grassroots favourite Penny Mordaunt and ex-finance minister Rishi Sunak, according to the unscientific poll by the ConservativeHome website.

Badenoch, a former junior minister with no cabinet experience, is running on an "anti-woke", right-wing platform and has said net zero amounts to "unilateral economic disarmament" by Britain.

"Green levies", backed by Sunak to help pay for the legally enshrined aim of achieving net-zero carbon emissions by 2050, have also been questioned by Truss and Mordaunt as Britons struggle with a cost-of-living crisis.

But with Britain facing record-breaking temperatures this week, Sharma told Sunday's Observer newspaper that the target was "absolutely a leadership issue", as the candidates wage an acrimonious battle to succeed scandal-tainted Prime Minister Boris Johnson.

"Anyone aspiring to lead our country needs to demonstrate that they take this issue incredibly seriously, that they're willing to continue to lead and take up the mantle that Boris Johnson started off," the minister said.

Under Sharma's chairmanship, nearly 200 countries pledged at a UN summit in Glasgow last November to speed up the fight against rising temperatures, after two weeks of marathon negotiations.

But India and China weakened the language of the final text to retain high-polluting coal, forcing tears and an exasperated apology from Sharma as he brought down the gavel.

Truss still backs the principle of net zero but "we have to just put that slightly on the back-burner whilst we make sure people don't suffer" from surging inflation, he said.

Asked whether she also still backed net zero, Mordaunt said on BBC television: "Yes, but it has to not clobber people."

However, campaigners note that the green taxes make up a small fraction of overall energy bills in Britain, which have shot up on the back of Russia's war in Ukraine.

And they say the current heatwave gripping Europe is a reminder that climate change is an existential threat.

The debate has ripped open Conservative tensions about the direction of economic and environmental policy under whoever succeeds Johnson when the winner is announced on September 5.

International environment minister Zac Goldsmith tweeted that with wildfires hitting Europe and temperature records being smashed, "it's worth reflecting that there are still politicians being elected who think protecting our planet isn't cost effective".

Climate change barely figured in the first TV debate among the Conservative contenders on Friday. But Sharma will have the opportunity to grill them when he chairs a hustings organised by environmentalist Tory MPs on Monday.

After that, all the party's MPs will hold another round of balloting to eliminate the bottom-placed candidate -- likely to be backbencher Tom Tugendhat -- before arriving at the final two in the coming days.

They will be reflecting on the outcome of the second TV debate, airing on the ITV network from 7:00 pm (1800 GMT) on Sunday, after Mordaunt came under concerted attack from Badenoch and Truss in the first one.

Mordaunt, who was briefly Britain's first woman defence secretary before she was fired by Johnson, pushed back against claims that she was lying over her position now about rights for transgender women -- a hot-button issue on the Tory right.

"There's a number of smears going on in the papers," she told the BBC.