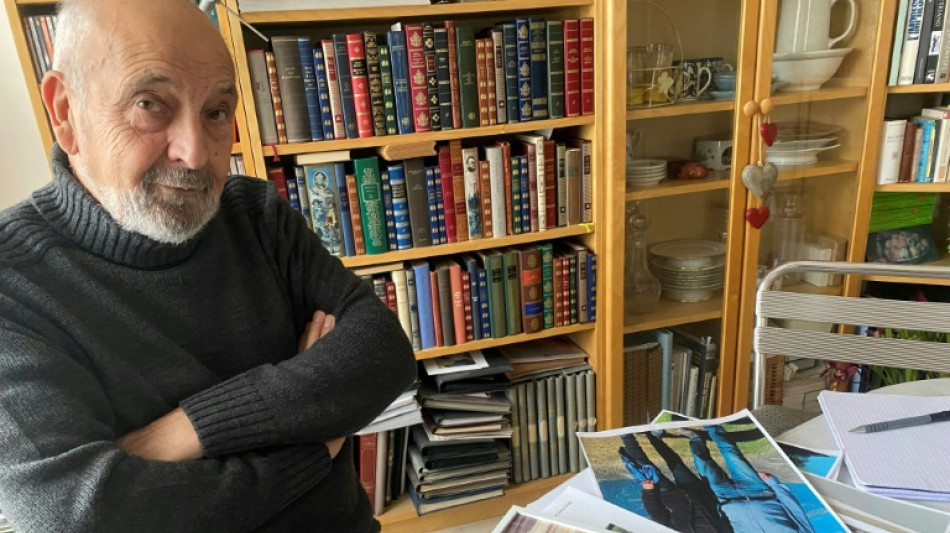 The best Christmas present Thierry Soudan ever received was a candle made from beeswax "from my father's hives" -- a father the Frenchman never met.

For most of his life the 80-year-old did not know that his father was a German soldier who his mother fell in love with during the Nazi occupation of France in World War II.

She kept the "shameful" secret to the grave, and it was only in late middle age that Soudan -- who keeps bees himself -- started to piece together the story behind his birth on October 19, 1942.

During the war, his mother worked in her parents' village cafe in Angerville, some 70 km (40 miles) south of Paris.

German soldiers often came in, and she fell in love with one of them. She was just 17.

When she became pregnant, her family was deeply ashamed. She was sent to Paris, only returning to the village at the end of the war.

But her return with a young son was too much even for her own father, who left the family home and divorced her mother.

Throughout my childhood, "I had this feeling I was the ugly duckling -- like I didn't really belong," said Soudan.

It would take decades for the truth to emerge.

After years of asking questions, an elderly villager finally revealed that his father was a German soldier named Ludwig Christ.

"Everybody in the village knew and no one had ever said anything," said the retired business manager.

Soudan contacted the German embassy only to discover that his father had died in 1999.

"I could have met him" if he had been told earlier, said Soudan, who did his French military service in Germany as a young man.

But then in 2019 a French-German charity called "Hearts Without Borders", that helps investigate such cases, managed to find his father's grave in the German city of Munich.

They organised for a note to be left on the tomb asking relatives to get in touch for "a family matter".

Finally one day Soudan's half-sister Waltraut and half-brother Manfred rang him up from Bavaria.

"Though my sister spoke in French, I understood almost nothing," he said.

But "it was very moving".

The three siblings met for the first time in 2019 on the island of Oleron off the western coast of France, where Soudan now lives and, like his father, keeps bees.

Waltraut brought along a picture of a young boy she had found in her father's photo album.

He had written "Terry" on the back of the photo, using the German version of Thierry's name.

French historian Fabrice Virgili estimates that around 100,000 children were born of French mothers and German fathers during the German occupation of France from 1940 to 1944.

After the Germans retreated, angry mobs turned on many of these women, accusing them of collaborating with the enemy and shaving their heads -- a humiliation Soudan's mother also suffered.

Unravelling his parents' story has been both painful and comforting, he said.

"I found out it was the village hairdresser who shaved my mother."

But there were also happy memories of his parents.

"My mother's little sister told me she had seen them several times walking hand in hand in the village," he said.

"He has our father's hands and eyes, and is a beekeeper in his spare time -- just like him," she said, which is why she gave him a beeswax candle for Christmas.

She is learning French, and often speaks to her new sibling on the phone.

Soudan said he has found a "wonderful warm family", and is now getting German nationality to bring him a step closer to his roots.

"It would be an important symbol," he said.