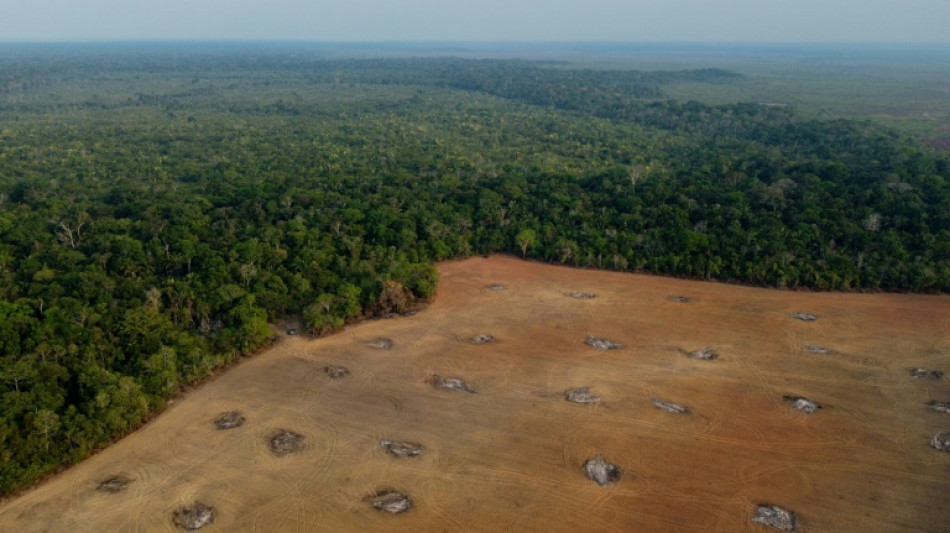 On the campaign trail before his October election victory -- when he defeated far right climate change skeptic Jair Bolsonaro -- Lula promised to end deforestation by 2030.

The Amazon rainforest suffered during Bolsonaro's four-year presidency as the former army captain repeatedly enacted laws favoring agriculture and mining in the forest at the expense of that critically important ecosystem. Reducing deforestation is key to slowing climate change.

"The deployment of teams for the start of inspection operations began on January 16, 2023," Ibama told AFP.

"The environmental team put in place by the federal government has, since the beginning of the transition period, been working to build a plan capable of inverting the rate of deforestation seen these last few months," added Ibama.

On Wednesday, Lula told the Globo News television channel that he wanted to create a federal police force to "act in a stronger manner" to protect forests.

He also said he wanted to arrange a meeting with the other South American countries that share the Amazon to discuss a continental preservation policy.

Since taking office on January 1, Lula has signed a series of decrees pertaining to the protection of the Amazon.

He also reactivated an Amazon protection fund that had been frozen since 2019 due to a disagreement between the Bolsonaro government and major donor countries Norway and Germany over how to spend the money.