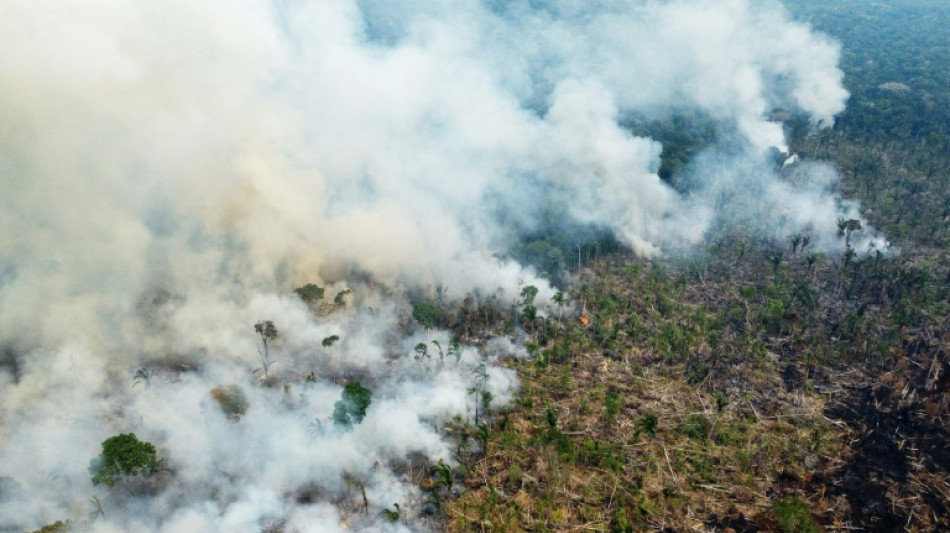 The world's biggest rainforest nations Brazil, Indonesia and the Democratic Republic of Congo on Monday formally launched a climate partnership to work together on conservation.

All three nations have vast tropical rainforests threatened by logging and agriculture.

"Representatives from Indonesia, Brazil and DRC... announced a tropical forest cooperation and climate action in the Egyptian COP27 (climate summit) side event on November 7, and agreed to sign a Joint Statement today," Indonesia's coordinating minister of maritime and investment affairs Luhut Binsar Pandjaitan said in a statement.

"We do need cooperation with others to achieve common goals. Alone we can do so little, together we can do so much," he said on the eve of the G20 summit.

The agreement calls for all three to be compensated by the international community for reducing deforestation, focusing on joint issues such as access to climate finance and the price of a tonne of carbon in the carbon-credit market.

The Indonesian statement said the countries "have a common interest in collaborating to increase the value of their tropical forests, and to ensure that these tropical forests continue to benefit the climate and people."

Brazilian president-elect Luiz Inacio Lula da Silva is expected to pledge a reversal of the environmental policies of his right-wing predecessor Jair Bolsonaro to protect the Amazon rainforest.

His trip to the COP27 talks in Egypt's Sharm el-Sheikh -- which he will address on Wednesday -- will be his first international visit since beating Bolsonaro in an election run-off last month.

The 77-year-old promised on the campaign trail to work towards zero deforestation. Brazil will be represented at the G20 summit on Tuesday and Wednesday by Foreign Minister Carlos Franca.

The DRC, which is home to 60 percent of the vast Congo Basin rainforest, has faced criticism for launching an auction in July for oil and gas blocks, some of which are in sensitive areas.

The impoverished central African nation maintains that developing its fossil resources is an economic imperative.

But the country's Environment Minister Eve Bazaida Mazudi said the three nations can offer solutions to climate change together.

"The world is currently getting warmer and warmer, so humanity needs rainforests to bind CO2," she said, according to the Indonesian statement.