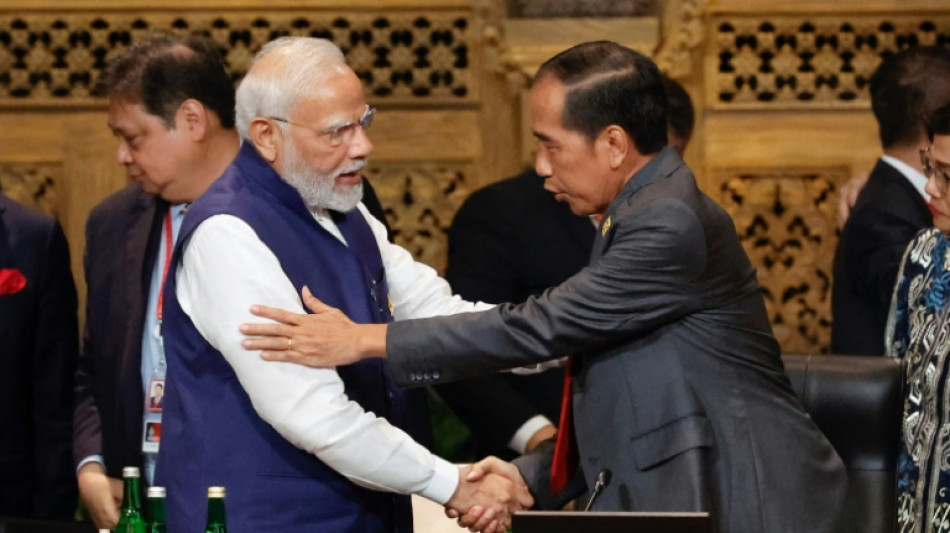 Indonesia's president said Wednesday that negotiations for a joint G20 summit declaration were extremely difficult, but hailed the leaders' agreement.

President Joko Widodo hosted two days of talks on the resort island of Bali that were overshadowed by the war in Ukraine, before passing the baton to next year's host: India.

"The discussion was very very tough but eventually the leaders agreed on the content of the declaration which is the condemnation of the war in Ukraine because it has violated the borders, the integrity of the region," he told a closing press conference.

"It has caused misery for people and worsened the global economy."

The document said "most members strongly condemned the war" and called for the extension of a deal with Russia that allows the export of Ukrainian grain.

The Indonesian leader said the most debated paragraph in the declaration's text was the one focused on Moscow's war in Ukraine.

"Until midnight, we talked about this, and finally the Bali declaration was reached by consensus," he said.

Widodo handed over the G20 chair to New Delhi, which maintains strong economic ties with Moscow, at a ceremony with Indian Prime Minister Narendra Modi on Wednesday.