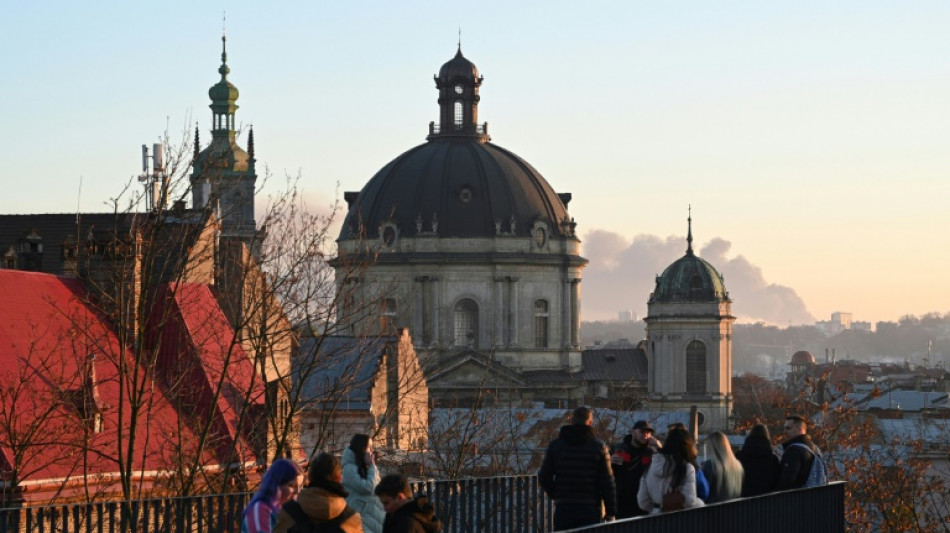 Poland on Wednesday said a deadly blast that killed two people in a village near the border with Ukraine was likely caused by a stray Ukrainian air defence missile launched against a Russian barrage.

Polish President Andrzej Duda played down international fears of a further escalation in the war in Ukraine saying there was "no indication that this was an intentional attack on Poland".

Duda said it was "very likely" the Soviet-era missile was launched by Ukraine in what he called an "unfortunate accident" but he said the blame lay with Russia because of its attacks on Ukraine.

After emergency talks of the NATO military alliance, its chief Jens Stoltenberg also said there was "no indication of a deliberate attack" on Poland.

The blast occurred in the village of Przewodow in eastern Poland at 1440 GMT on Tuesday, killing two farm workers.

"I hope it was a stray missile because otherwise we're helpless," she said.

An image released by police showed investigators working inside a large crater next to an overturned vehicle.

NATO member Poland put its military on heightened alert and summoned Russia's ambassador late Tuesday but had cautioned against reaching any hasty conclusions as to the origin of the Soviet-era missile.

Western powers voiced solidarity with Poland in intensive rounds of diplomacy, including on the sidelines of the G20 summit in Indonesia's Bali.

NATO ambassadors held emergency talks in Brussels, while the Kremlin said it had "nothing to do with" the missile blast.

"Photographs of the wreckage... were unequivocally identified by Russian military experts as fragments of a guided anti-aircraft missile of a Ukrainian S-300 air defence system," the Russian defence ministry said in a statement.

It added that its own strikes "were carried out on targets only on the territory of Ukraine and at a distance of no closer than 35 kilometres from the Ukrainian-Polish border."

Ex-president Dmitry Medvedev, deputy head of Russia's security council, said on Twitter that the incident "proves just one thing: waging a hybrid war against Russia, the West moves closer to the world war".

Poland is protected by NATO's commitment to collective defence -- enshrined in Article 5 of its founding treaty -- but the alliance's response will likely be heavily influenced by whether the incident was accidental or intentional.

Warsaw has said it may invoke Article 4 of the treaty under which any member can call urgent talks when it feels its "territorial integrity, political independence or security" are at risk.

Russia invaded Ukraine on February 24 and still holds swathes of territory despite a series of recent battlefield defeats.

The conflict has caused deep unease in neighbouring Poland where memories of Soviet domination are still very raw.

Poland shares a 530-kilometre (329-mile) border with Ukraine and has taken a lead in providing military and humanitarian aid to Ukraine and sanctioning Russia.

Despite the likelihood a Ukrainian missile was involved, the Polish government was clear it still held Russia responsible.

Polish Deputy Foreign Minister Pawel Jablonski told RMF radio that "in all likelihood, we are dealing with a consequence of Russia's actions".

He also responded to criticism of Poland's own air defences.

"Missile defence systems around the world are never one hundred percent effective systems that protect each millimetre of every country's territory," he said.

Ukrainian Foreign Minister Dmytro Kuleba had on Tuesday rejected as a "conspiracy theory" the idea that it may have been a Ukrainian missile.

The explosion came after a wave of Russian missiles hit cities across Ukraine on Tuesday, including Lviv, near the border with Poland.

Zelensky said the strikes cut power to some 10 million people, though it was later restored to eight million of them, and also triggered automatic shutdowns at two nuclear power plants.

He said Russia had fired 85 missiles at energy facilities across the country, condemning the strikes as an "act of genocide" and a "cynical slap in the face" of the G20.