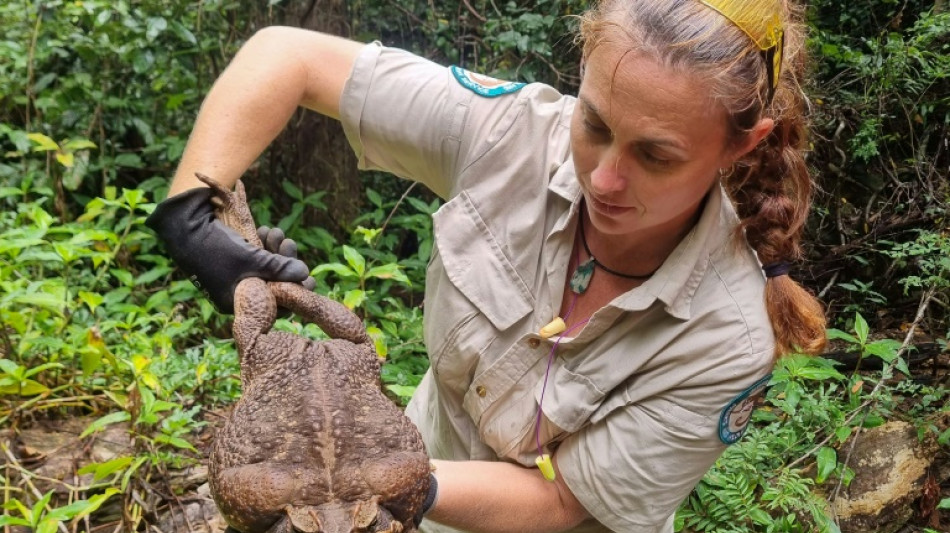 Australian rangers have killed an invasive "monster" cane toad discovered in the wilds of a coastal park -- a warty brown specimen as long as a human arm and weighing 2.7 kilograms (6 pounds).

The toad was spotted after a snake slithering across a track forced wildlife workers to stop as they were driving in Queensland's Conway National Park, the state government said.

"I reached down and grabbed the cane toad and couldn't believe how big and heavy it was," ranger Kylee Gray said, describing how she discovered the amphibian last week.

"A cane toad that size will eat anything it can fit into its mouth, and that includes insects, reptiles and small mammals," she said.

The animal was taken away and euthanised.

Cane toads were introduced into Queensland in 1935 to control the cane beetle, with devastating consequences for other wildlife.

At 2.7 kilograms -- nearly the weight of a newborn human baby -- the toad may be a record breaker, the Queensland Department of Environment and Science said in a statement.

Describing it as a "monster", the department said it could end up in the Queensland Museum.

Due to its size, rangers believe it was a female.

While the age is unknown, "this one has been around a long time," Gray said, explaining that the amphibians can live as long as 15 years in the wild.

Female cane toads can produce up to 30,000 eggs in a season, and the animals are incredibly poisonous, causing local extinctions of some of their predators.