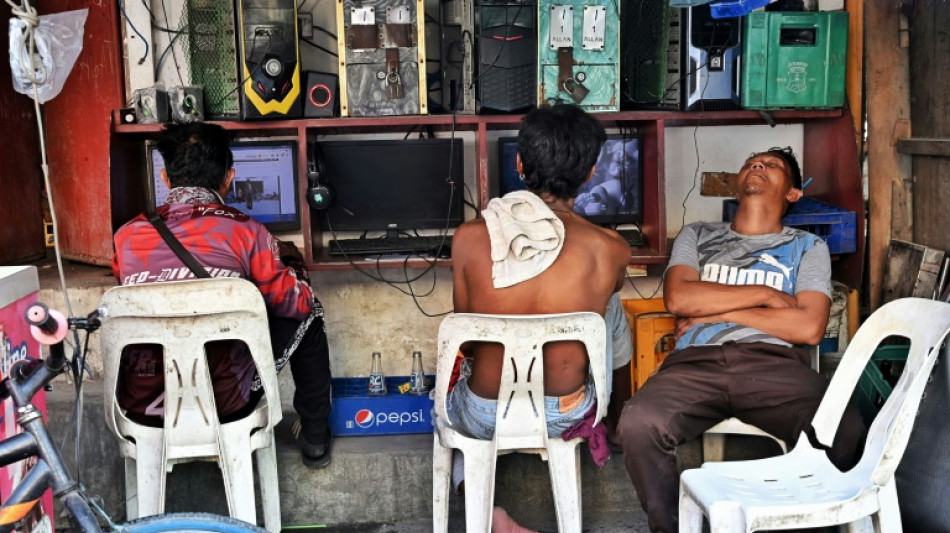 Despite his Oxford education and jet-set lifestyle, the Philippines's president-elect Ferdinand Marcos Junior sailed to victory this week as a champion of the poor.

Now they expect him to deliver.

Residents of the impoverished Baseco neighbourhood in Manila do not think of 64-year-old Marcos, nicknamed Bongbong, as the mega-rich scion of a political dynasty famed for extorting billions, stockpiling designer shoes and treating public coffers like an all-you-can-eat buffet.

In this thick lattice of roads, lanes and alleyways jam-packed with street kids, push trikes and hawkers, Marcos means hope.

"A lot of change will happen when he becomes president," 30-year-old JR Foras says matter-of-factly, as he waits for customers in a stuffy port-side barbershop brightened by a florescent striplight and posters of K-Pop hair models.

He predicts that by the end of Marcos Jr's six-year term "there will be a lot of jobs", enough to go around.

"Maybe I'll get another job. Maybe -- I'll become a security guard," he says while admitting he lacks the necessary training.

Like many young Filipinos, Foras has bought into the torrent of misinformation that has reinvented the Marcos family image.

For believers, Marcos senior's bloody decades-long rule has been transformed into a gilded age for the Philippines, making Bongbong the obvious choice to restore those imagined glories.

"I voted for him because of what his father accomplished," says Foras. "We were number one in Asia. I just feel like he would do it again."

The Marcos rebranding was so successful that, according to initial results, Baseco voters narrowly backed him as president over Isko Moreno, an actor-turned-politician who grew up in the poverty of a nearby slum.

But economists warn that even if Marcos's government does not descend into another free-for-all of corruption and cronyism, he will have a hard time meeting lofty promises.

In a country where 43 percent consider themselves poor, and 39 percent say they are on the borderline, the Covid-19 crisis hit especially hard.

Kiosk owner Rolando Castillo, 47, says long lockdowns were ruinous, leaving him with no profit, no source of income.

"There were times we had to use up stocks from our store because we had nothing to eat."

He voted for Marcos "because I want our economy to perform better".

"Filipinos are expecting a lot from him," he says.

But Marcos's father left the Philippines as one of the most indebted countries in the world, and his son will have limited cash to invest in recovery or -- crucially -- stabilising the price of basic goods.

Fifty-year-old Patricio Gomez has struggled to find full-time work since his right leg was amputated below the knee, but for now, he helps out on his brother's food stall.

They survived the last few years by delivering Sisig -- a local dish of mince and offal seasoned with soy and citrus -- and other homecooked meals door-to-door.

But one of Covid's many side effects, inflation, continues to make life tough.

He is counting on Marcos to put that right.

"He promised the price of rice and electricity will go down," says Gomez.

Older Baseco residents -- who have seen the presidency rotate between a handful of uber-rich political dynasties -- are hopeful life will improve under Marcos, but are not counting on it.

"I've always sold fish," she says. "This is what I'm used to. I've sold fish since I was young, until I had children and grandchildren."

"I don't have a dream anymore."