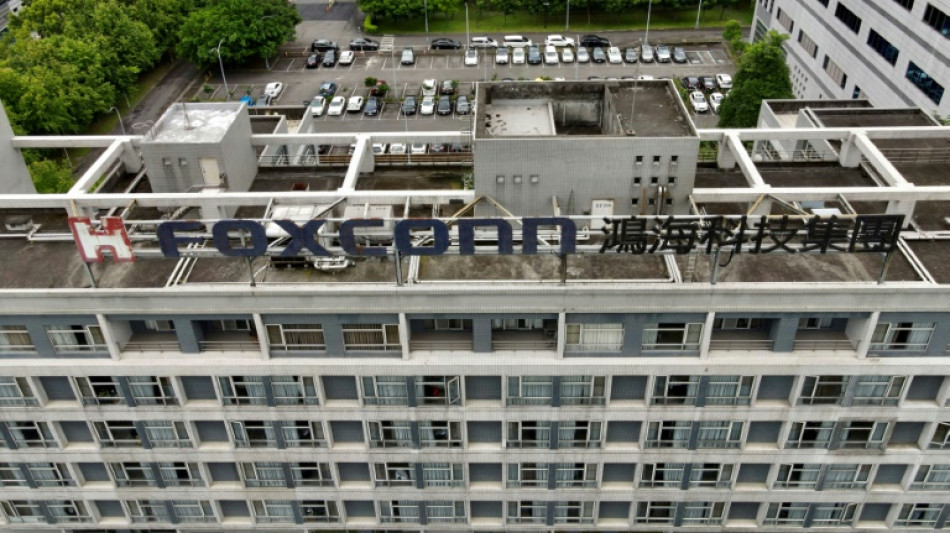 Taiwanese tech giant Foxconn on Thursday said the impact on production from Covid lockdowns in China was "limited" and most of its facilities in the country were operating normally.

Foxconn, also known as Hon Hai, is the world's largest contract electronics maker and assembles Apple's iPhones as well as gadgets for many top international brands.

It employs more than one million workers across its vast network of factories in China, where a number of cities are struggling to curb virus outbreaks.

Chairman Young Liu said China's pandemic controls posed challenges for the company but most plants were unaffected as they operated in a bubble with food and accommodation arranged for the workers on-site.

"At present all of our major factories are operating normally except a few. The overall impact is limited," he said during an investors' conference.

"Most of our facilities are under the 'bubble-style' management and we've made a lot of preparations. We believe the impact on us would be limited if the restrictions were to continue in the future."

Foxconn also on Thursday announced better-than-expected first-quarter earnings, which Liu attributed in part to the company being able to "minimise the impact" of the pandemic on the supply chain.

The firm in March halted operations in the Chinese tech hub of Shenzhen due to Covid restrictions before "fundamental operations" were resumed late that month.

In April, the company said its plant in central China's Zhengzhou, dubbed "iPhone City", continued to operate despite a lockdown of the area.

"The pandemic situation can change very quickly, plus there are other uncertainties involving geopolitics and inflation... We are closely monitoring these factors," Liu said.