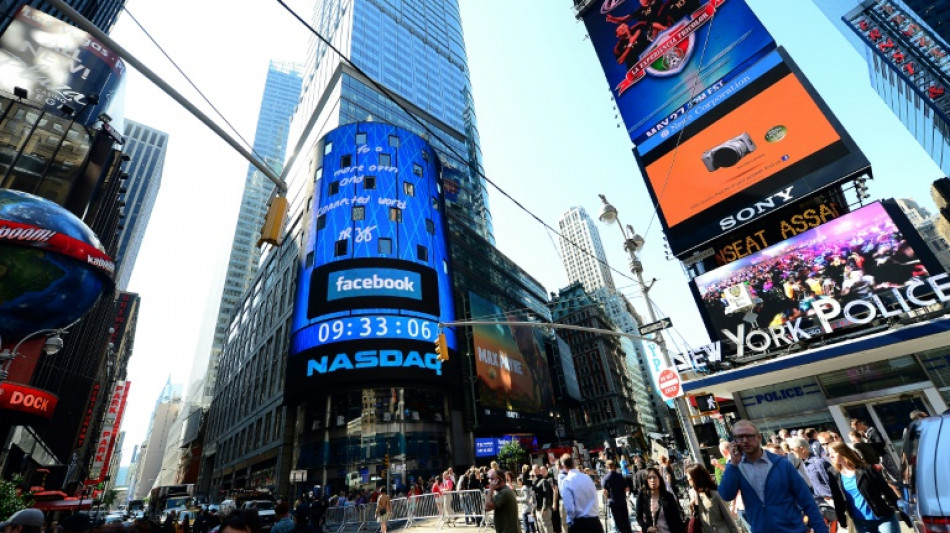 Wall Street stocks rebounded Friday after a bruising week beset with worries over inflation, the Ukraine war and the economic outlook.

Following a strong session in Europe and Asia, Wall Street closed the week robustly, with the tech-rich Nasdaq jumping nearly four percent and the S&P 500 pushing back above 4,000 points.

But even with Friday's rally, all three major US indices posted losses for the week.

Gregori Volokhine of Meeschaert Financial Services warned "it will take more than one session" to turn around the market, adding that there was no clear news catalyst for Friday's gains.

Analysts at Briefing.com said the turnaround was largely due to "a sentiment-driven trade wrapped up in the notion that stocks are deeply oversold and due for a bounce."

Stocks were under pressure for most of the week as fresh data showing elevated US inflation deepened expectations for aggressive action from the Federal Reserve as it tightens monetary policy.

Some analysts cited receding fears about China Covid-19 restrictions as supportive to stocks.

"Global sentiment seems to be getting some relief as China officials suggested that Covid-related lockdowns -- which have been another source of uneasiness -- may be set to ease," analysts at Charles Schwab investment bank said.

Oil prices pushed higher Friday after much volatility, reaching around $110 a barrel yet again, with analysts pointing to hopes for a Chinese recovery in demand and the drag on Russian production from a potential European Union ban on crude imports from the country.

On the corporate front, Twitter fell nearly 10 percent after Tesla Chief Executive Elon Musk said his purchase of the social media company was "temporarily on hold."

Analysts generally interpreted Musk's messages as an attempt to pull out of the deal or to try to force a lower price.

He later tweeted that he was "still committed to acquisition."