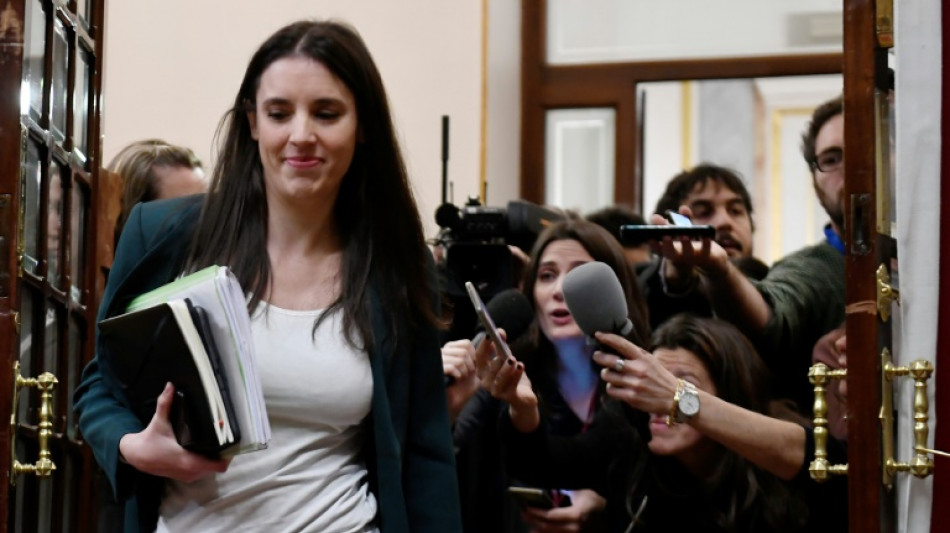 Spain's plan to become the first European nation to allow women to take "menstrual leave" from work has sparked a debate that has split the country's leftist coalition government and unions.

Socialist Prime Minister Pedro Sanchez's government is expected to include the menstrual leave as part of a draft bill on reproductive health that is set to be approved at a cabinet meeting on Tuesday.

"We will recognise in the law the right to leave for women who have painful periods that will be financed by the state," Equality Minister Irene Montero tweeted Friday.

The proposed law would introduce at least three days' sick pay each month for women who suffer from severe period pains, daily newspaper El Pais and other media which have seen the draft bill reported.

The work leave could be extended to five days for women with particularly disabling periods if they have a medical certificate, the reports said.

"There are women who cannot work and live normally because they have really painful periods," Montero said.

Menstrual leave is currently offered only in a small number of countries including South Korea and Indonesia, none of them in Europe.

But the issue is proving controversial in Spain with some politicians and unions saying it could stigmatise women in the workplace and favour the recruitment of men.

"You have to be careful with this type of decision," said Cristina Antonanzas, deputy secretary of one of trade union UGT, adding this could indirectly impact "women's access to the labour market".

But Spain's other major trade union, the CCOO, welcomed the proposed measure and called it a major "legislative advance" that will recognise a health problem that has been "ignored" until now.

Economy Minister Nadia Calvino, a former general director for budget at the European Commission who belongs to the Socialist party, said work was being done on several drafts.

"The government will never adopt a measure that stigmatises women," she told reporters on Thursday when asked about the controversy.

The head of the main opposition conservative Popular Party (PP), Alberto Nunez Feijoo, said it was up to doctors to decide when sick leave is warranted.

He accused the government of seeking to distract attention from a mobile phone spying scandal with the measure.

Ana Ferrer, of the Association of Victims of Endometriosis, a condition which can lead to more severe menstrual symptoms, said she feared the measure of will lead to "discrimination" against women even though it intends to protect their rights.

"What we need, more than leave, is recognition of our disability," she told AFP.

The draft bill reproductive health also calls for the elimination of the value-added tax (VAT) on some feminine sanitary products such as tampons.

It will also include measures to boost access to abortion at private hospitals and change the law to allow minors of 16 and 17 to terminate a pregnancy without their parents' consent.

Spain decriminalised abortion in 1985 in cases of rape, if a foetus is malformed or if a birth poses a serious physical or psychological risk to the mother.

The scope of the law was broadened in 2010 to allow abortion on demand in the first 14 weeks of pregnancy but access to the procedure is complicated by the fact that many doctors in public hospitals refuse to perform abortions.