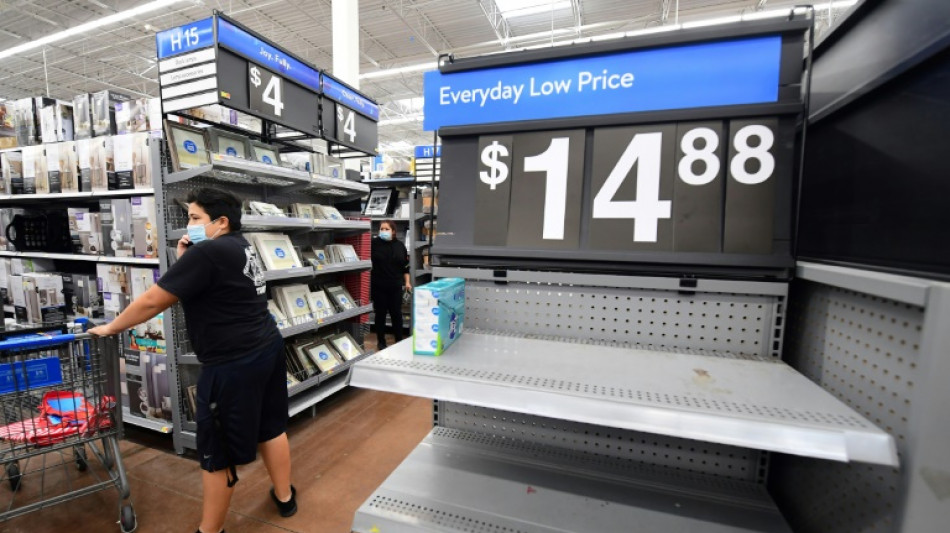 The retail giant recorded a 25 percent drop in profits to $2.1 billion for the quarter ending April 30, while revenues rose 2.4 percent to $141.6 billion.

Chief Executive Doug McMillon said the profits "were unexpected and reflect the unusual environment," adding, "We're adjusting and will balance the need of our customers for value with the need to deliver profit growth for our future."

The results show the impact of wage increases implemented over the last year in the tight US labor market. McMillon also said higher costs for food and fuel "created more pressure on margin mix and operating costs than we expected."

Walmart's revenue at its massive US namesake stores rose just three percent, versus a 5.6 percent jump in the quarter that ended in January, a benchmark known as comparable sales. E-commerce sales growth has also leveled off compared with earlier in the pandemic.

Walmart raised its full-year sales forecast slightly but lowered its profit forecast. It now expects earnings per share to fall one percent after previously projecting an increase in the mid-single digits.