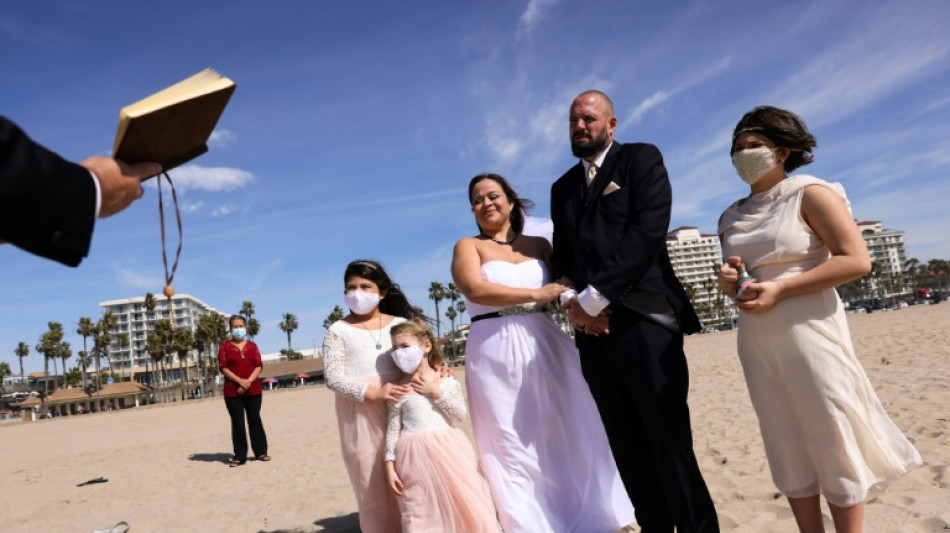 The Covid-19 pandemic took a toll on weddings in the United States, with only some 1.6 million marriages occurring in 2020 -- the lowest number since 1963, figures show.

With many couples forced to postpone their nuptials, the number of unions in 2020 fell nearly 17 percent from the previous year, when some two million took place, the National Center for Health Statistics (NCHS) said.

But fear not, romantics -- the dip should be followed by an explosion in people walking down the aisle, with nearly 2.5 million ceremonies expected this year, according to The Wedding Report, a group specializing in marriage statistics.

Both fears of Covid-19 transmission and restrictions on gatherings curbed weddings in 2020. As a result, the marriage rate fell to 5.1 per 1,000 people -- down from 6.1 the previous year, NCHS said.

Overall, 46 states and the nation's capital saw a drop in marriages in 2020, with the biggest declines occurring in Hawaii, California, New Mexico, New York and Louisiana.

Nevada -- home to Las Vegas, where many couples go to tie the knot -- also saw a decline from 2019, but it remained the state with the most marriages in 2020, as in previous years.

According to The Wedding Report, the number of nuptials in 2021 was expected to remain below two million, before exploding in 2022 and then normalizing after 2023.