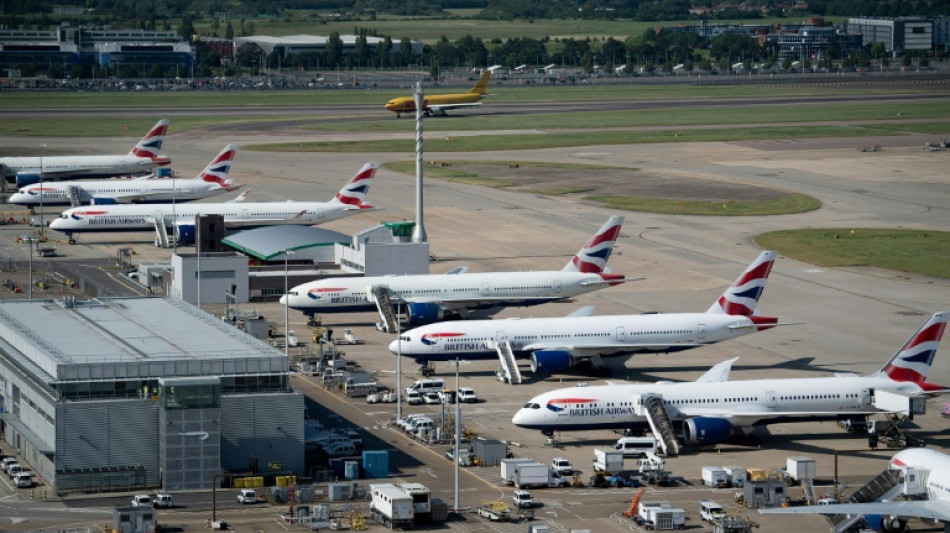 A strike by British Airways staff at London Heathrow Airport this summer has been called off after an improved pay offer, trade unions said Thursday.

Members of the GMB and Unite unions had recently backed action as surging inflation erodes the purchase power of wages, sparking walkouts across multiple sectors.

"The industrial dispute affecting BA check-in staff at Heathrow airport has been suspended after the company made a vastly improved pay offer," Unite said in a statement.

Unions had previously threatened a "summer of strikes" after last month's vote, but had not given precise dates.

BA's Heathrow ground staff had voted by more than 90 percent in favour.

Staff had been unhappy over a one-off 10-percent pay award.

They wanted BA instead to re-instate their 10-percent pay cut from during the pandemic, when BA suffered vast losses and axed thousands of jobs.

"All our members were asking for was what they were owed. British Airways finally moving on pay is long overdue," added GMB national officer Nadine Houghton.

"It is very clear that workers organising and threatening industrial action is what has delivered."

Union members will now vote upon BA's latest offer, which has not been made public.

"We are very pleased that, following collaboration with the unions, they have decided not to issue dates for industrial action," BA said.

"This is great news for our customers and our people."

Thursday's news comes one day after British Airways axed another 10,300 short-haul flights until the end of October, with the aviation sector battling staff shortages and booming demand as the pandemic recedes.

The carrier, which is owned by conglomerate International Airlines Group (IAG), has now cancelled 13 percent of its total summer schedule.

BA has been among the worst affected by sector-wide turmoil, as carriers race to meet soaring demand after the lifting of Covid travel restrictions.

At the same time, many workers in Britain are angry that pay has failed to keep pace with the rocketing cost of living.

UK inflation struck a 40-year pinnacle at 9.1 percent in May and is forecast to hit double figures soon.

The BA pay dispute comes after strike action last month by tens of thousands of rail workers in addition to stoppages held by senior criminal lawyers.

Elsewhere, the aviation and postal sectors face walkouts, while teachers and workers in the state-run National Health Service mull action.