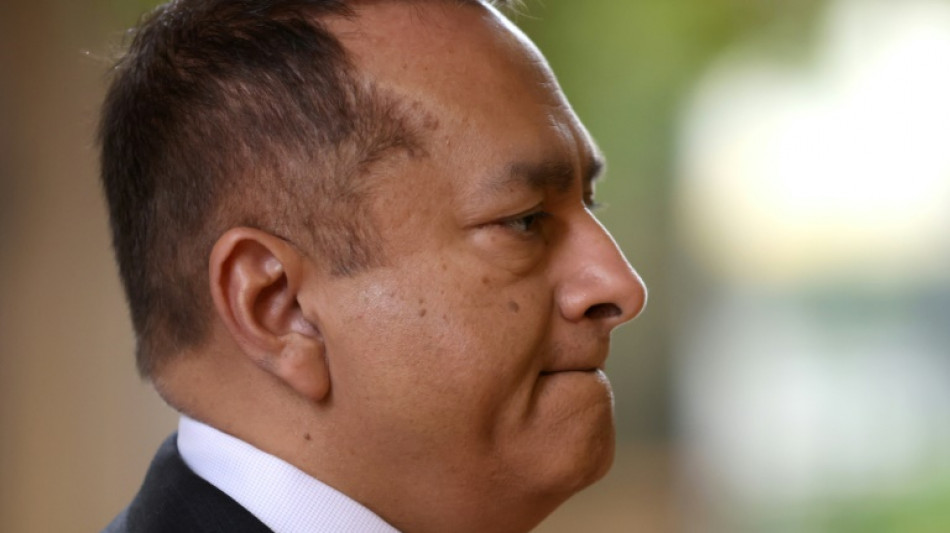 A top aide and ex-boyfriend of fallen Theranos founder Elizabeth Holmes was convicted on Thursday of defrauding investors and patients at the failed blood testing startup.

Jurors found Ramesh "Sunny" Balwani guilty on all 12 fraud counts charged by federal prosecutors, a spokesperson at the courthouse in the Silicon Valley city of San Jose told AFP.

He is to be sentenced later this year and faces the potential for several years in prison.

Balwani was tried separately from one-time US biotech star Holmes, whose trial in the same courtroom ended in January with a guilty verdict for four counts of tricking investors into pouring money into what she claimed was a revolutionary blood testing system.

But the jury -- who had listened to weeks of sometimes complex evidence -- also acquitted her on four charges and could not reach a verdict on three others.

During her trial, Holmes alleged that Balwani was emotionally and physically abusive during their romantic relationship -- claims he has denied.

Holmes and Balwani are rare examples of tech executives facing charges over a company's flame-out, in a sector littered with the carcasses of failed startups that once promised untold riches.

Her trial shined a spotlight on the blurred line between the hustle that characterizes the industry and outright criminal dishonesty. She is scheduled to be sentenced in September.

US prosecutor Robert Leach told jurors in a federal courthouse in San Jose that Balwani piloted the firm alongside Holmes and that the pair were "partners in everything, including their crime."

Balwani, nearly two decades Holmes' senior, was brought in to help steer the company she had founded in 2003 at age 19.

Holmes, now 38, would go on to promise self-service testing machines that could run an analytical gamut cheaply and on just a few drops of blood -- a pledge shattered under fraud allegations.

Prosecutors alleged Holmes and Balwani were aware the technology did not work as advertised, but continued to promote it as revolutionary to patients and the investors who pumped money into the company.

As Theranos soared, it attracted luminaries such as Rupert Murdoch and Henry Kissinger, but a series of reports casting doubt on the firm's claims from Murdoch's own Wall Street Journal set the company's collapse in motion.