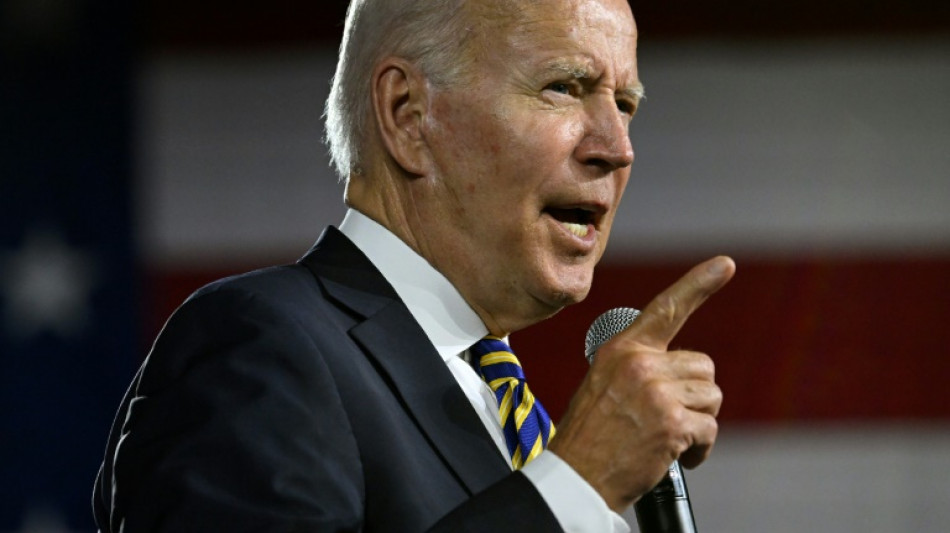 Biden has been criticized from within his own Democratic Party for his perceived inaction since the landmark Supreme Court ruling late last month that overturned the nationwide to abortion.

Biden will sign an order that seeks to "protect patient privacy, including by addressing the transfer and sales of sensitive health-related data (and) combatting digital surveillance related to reproductive health care services," the White House said.

The president's hands are largely tied on the hot button issue, as some conservative-run states have already banned or severely restricted abortion after the Supreme Court overturned the right to abortion set out 50 years ago in the Roe v Wade ruling.

Biden's order also seeks to protect mobile clinics deployed to the borders of states that have banned abortion, guarantee access to contraception and abortion medication and set up a network of volunteer lawyers, the White House said.

When the ruling was released, Biden called it a "tragic error" and announced two packages of regulatory measures: on access to abortion pills and the rights of women to travel to another state for an abortion if their own state bans the procedure.

But since then Biden has been largely silent on the divisive issue.

Members of his own party have criticized Biden, pushing for more aggressive action or at least a more assertive stance on protecting access to abortion.

Biden will respond Friday with a speech on the latest measures, starting with a promise to protect women's sensitive health-related data and fight digital surveillance, the White House said.

Advocacy groups are warning of the risks posed by women's online data such as their location and apps that monitor their menstrual cycles, which they say could be used to go after women who have had abortions.