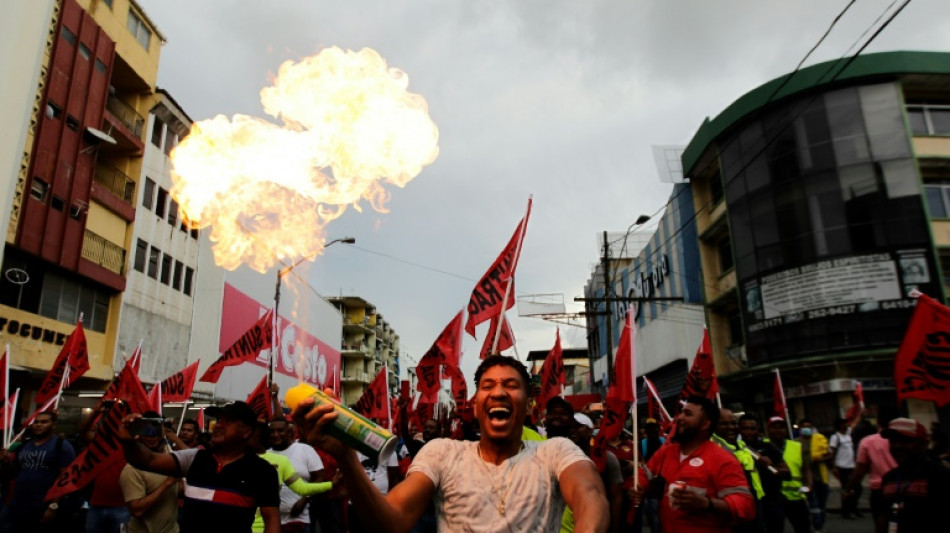 Thousands of Panamanians took to the street again on Tuesday to protest rising inflation and government corruption, despite the announcement of price cuts for fuel and some food products.

The demonstrations, called for by the Central American country's numerous unions, have lasted for two weeks and resulted in some main highways being closed.

President Laurentino Cortizo announced Monday that the price of gasoline for private vehicles will be reduced to $3.95 per gallon from July 15, a drop of 24 percent from the price at the end of June.

He also announced that his government would draft a decree to freeze the prices of a dozen essential food products.

But several unions say that protests will continue until there is a general reduction in prices and gasoline rates drop below $3 per gallon.

Many carried Panamanian flags and banners with messages such as "Corruption embezzled my nation", "We want honest governors" or "Where is the money?"

"The cost of living is what has the people in the streets," protester Sergio Gallegos, an Indigenous man from the Ngabe-Bugle region, told AFP.

In La Chorrera, a town west of the capital, protesters marched on the Inter-American Highway, the main artery linking Panama with the rest of Central America.

Security minister Juan Pino made a "call for sanity" on Tuesday, so that "social peace" prevails over "any differences."

The protests have stoked fears in the government and business sector that the country could see a drop in economic activity, or impacts on the tourism industry.

In Ecuador, 18 days of mass protests against high fuel prices last month cost the country over $1 billion, according to its central bank.